The Libyan peace process took place through a series of meetings, initiatives and actions aimed at resolving the long lasting Libyan Civil War. Among them, last January conference in Berlin involved many World Powers, International and Regional organisations and representatives of countries of the Mediterranean Basin, all committed to a peaceful solution to the Libyan conflict.

One of the outcomes of the conference was the necessity to effectively implement the UN arms embargo on Libya. In order to deliver this outcome, on 17 February, the Foreign Affairs Council of the European Union decided to launch a new CSDP (Common Security and Defence Policy) Operation in the Mediterranean focused on the implementation of the United Nation Security Council (UNSC) Resolutions on the arms embargo on Libya, while closing Operation SOPHIA. The Operation, named EUNAVFOR MED IRINI  (Greek for "peace") was thus launched on 31 March 2020 and extended to 31 march 2023. Its core task is the implementation of the UN arms embargo on Libya through the use of aerial, satellite and maritime assets. In particular the mission is mandated to carry out inspections of vessels on the high seas off the coast of Libya suspected to be carrying arms or related material to and from Libya in accordance with UNSC resolution  2292 (2016) and subsequent UNSC resolutions, in addition to monitoring violations perpetrated via aerial and land routes. As secondary tasks, EUNAVFOR MED IRINI also: EUNAVFOR MED IRINI monitored suspected flights, airports, ports, and performed boarding and friendly approaches. Since the beginning of operations we have provided several special reports to the UN panel of experts on Libya, as mentioned below: 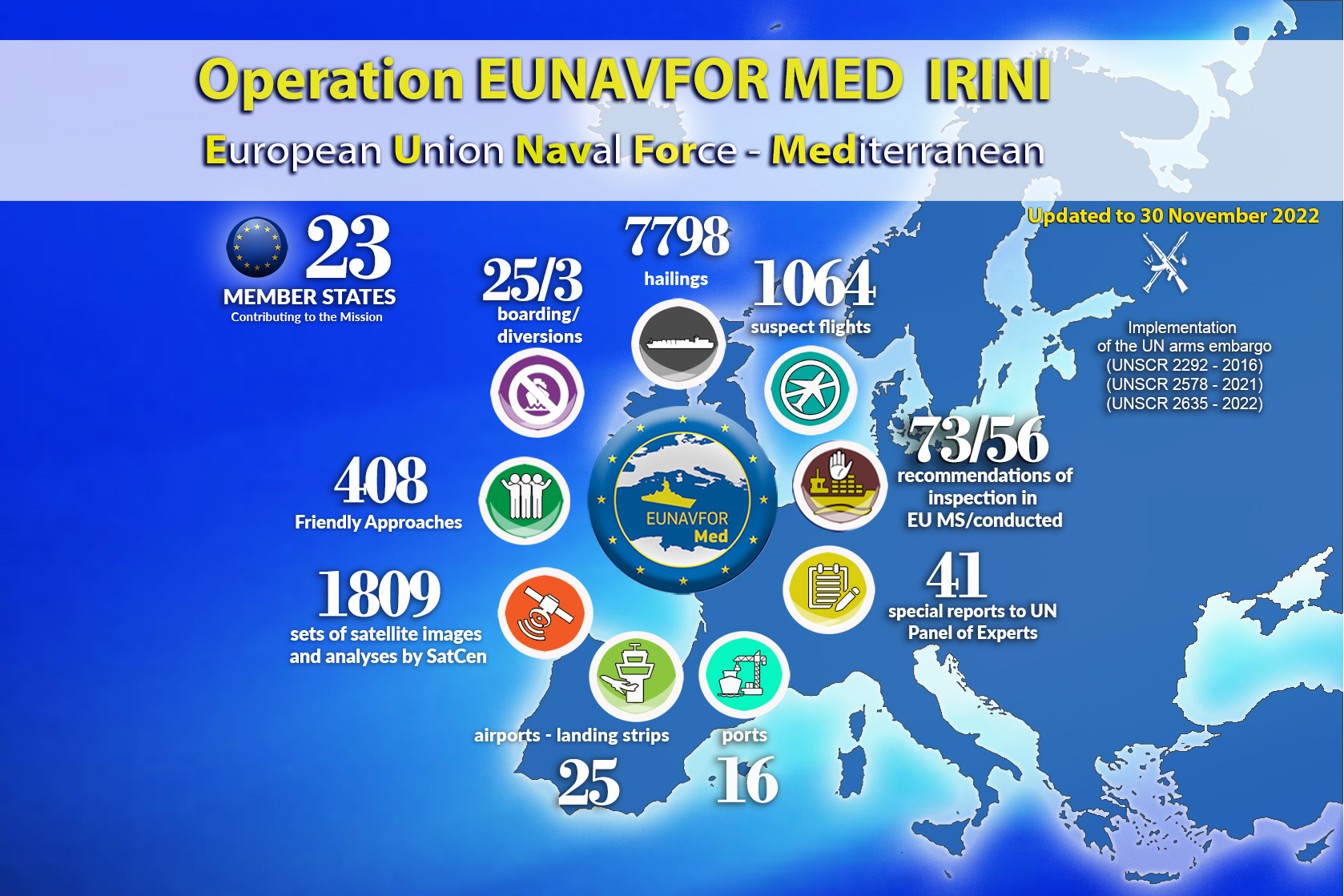 IRINI is led by Rear Admiral Stefano TURCHETTO as EU Operation Commander, and its headquarters is located in Rome, Italy. Launched on 31 March 2020, after the force generation process and despite the Covid-19 pandemic, the Operation effectively started its activity at sea on the 4 May 2020. On 10 September 2020, the first boarding activity at sea took place and the full operational capability was declared.

The mandate of Operation IRINI will last until 31 March 2023, and is under the close scrutiny of EU Member States, that exercise the political control and strategic direction through the Political and Security Committee (PSC).

The political vision provided at the launching of Operation IRINI highlighted by the High Representative of the Union for Foreign Affairs and Security Policy and Vice President of the Commission, Mr Josep Borrell, reflects the holistic approach agreed at the Berlin Conference.

Only political solutions and the full respect of the UN arms embargo will bring a solution to the Libyan crisis. But diplomacy cannot succeed unless it is backed by action. This operation will be essential and a clear contribution to promoting peace in our immediate neighbourhood through a permanent ceasefire.

Mr Josep Borrell, High Representative of the Union for Foreign Affairs and Security Policy and Vice President of the Commission 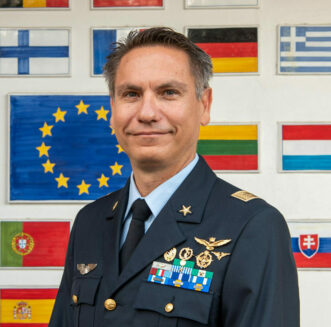 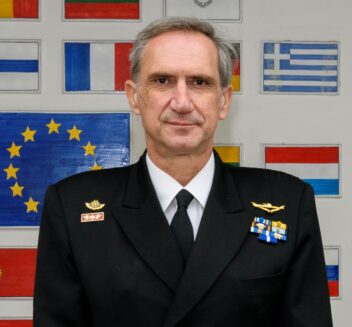