Rome – On 4 May, the European Union Operation EUNAVFOR MED IRINI commenced its activities at sea with the French naval vessel Jean Bart and a maritime patrol aircraft contributed by Luxembourg.

The High Representative of the European Union for Foreign Affairs and Security Policy, Josep Borrell, said: “At the Berlin Conference, leaders agreed to work together towards a sustainable solution to the crisis in Libya. However, the conflict continues to put the lives of Libyans and the entire region at risk. The effective enforcement of the UN arms embargo on Libya will help in achieving a sustainable ceasefire and advancing towards a political agreement. Operation Irini is therefore an important contribution towards achieving this goal. It shows EU commitment to peace in Libya, even at times when Member States are battling the coronavirus pandemic.”

“On April 28 the initial Force Generation Conference ended, therefore Operation IRINI was able to start planning operations at sea with its first assets. Other assets offered by Member States will join the Operation in the coming weeks and months” said Admiral Fabio Agostini, the Commander of the EU Operation, who operates from the headquarters located in Rome at the Centocelle Joint Operations Centre.

Assets such as the French ship Jean Bart are particularly valuable for the Operation as they have the potential to monitor both the sea lines of communication and the air traffic flow. This double effort is essential for the implementation of the Operation’s mandate in full compliance with the Berlin conference, ensuring impartiality and conflict sensitivity.

Operation Irini (named after the Greek goddess for “peace”) was planned in a very short timeframe and launched on 31 March, following a decision by the Council of the European Union. The main task is the implementation of the arms embargo on Libya under the relevant UN Security Council resolutions. The Operation also has secondary tasks including monitoring illegal oil trafficking from Libya, contributing to countering human trafficking and smuggling activities (through air monitoring) and contributing to the training of the Libyan Coast Guard and Navy.

Initially, the Operation will have three vessels (contributed by France, Greece and Italy), one Maltese boarding team and three directly assigned patrol aircrafts (Germany, Luxembourg and Poland) and the same number of vessels and aircraft in associated support.

Other special assets necessary to carry out the operation’s tasks, such as submarines, Unmanned Aerial Vehicles (UAVs) and Airborne Early Warning aircraft, are also expected to support the operation, offered by Member States on an occasional basis.

Particular attention is paid to COVID-19 countermeasures. The Operation Commander has issued guidelines to the participating countries to reduce the risk of contagion in the Headquarters and on board ships and aircrafts. The latter have to be declared “COVID-19 free” by the flag State before they can be included in the Operation.

The European Union’s Satellite Centre supports the decision making and actions of the European Union in the field of Common Foreign and Security Policy (CFSP), in particular Common Security and Defence Policy (CSDP), including European Union crisis management missions and operations, by providing products and services resulting from the exploitation of relevant space assets and collateral data, including satellite imagery and aerial imagery, and related services.

SatCen is a decentralised agency of the European Union working under the supervision of the Political and Security Committee and the operational direction of the High Representative of the Union for Foreign Affairs and Security Policy. 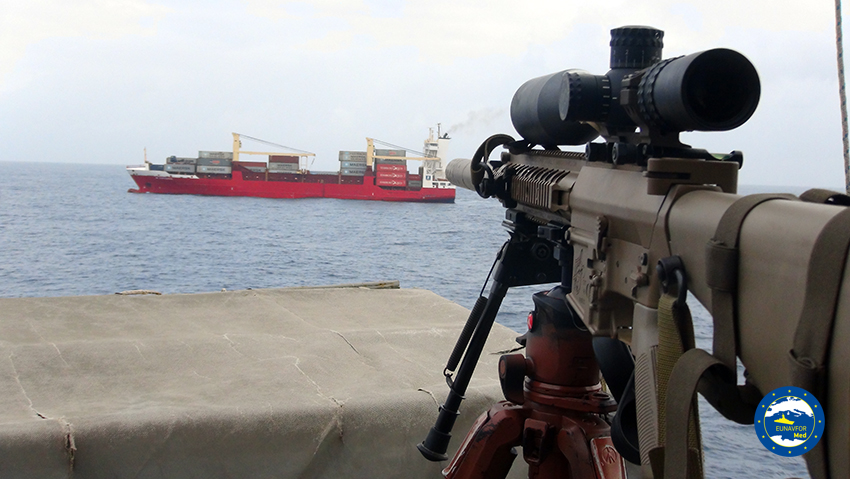 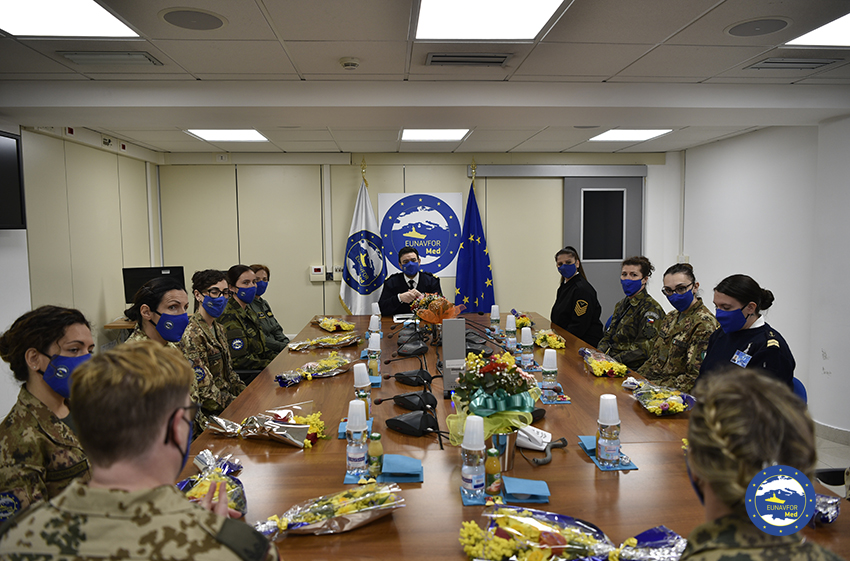