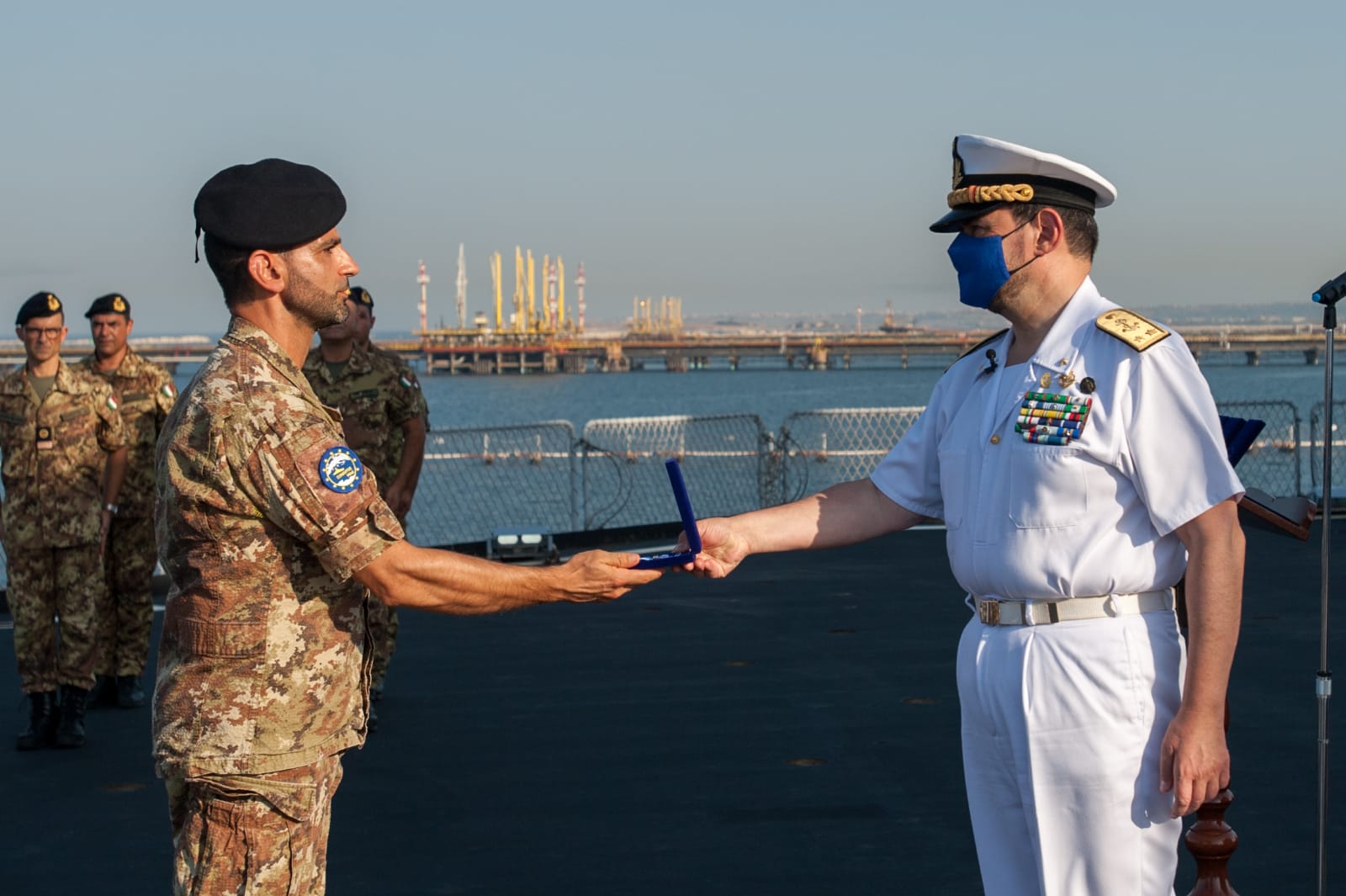 During the two days visit, he met the Force Headquarters’ Staff, the flagship’s – ITS San Giorgio – crew and the Luxembourg and Polish air detachments.

In such occasions, he attended the Medal Parade ceremony for those that have served for a long period in Operation IRINI.

42 officers, petty officers and enlisted, coming from six different European Union Member States, have received the medal as recognition of their committed and professional contribution provided during their assignment to EUNAVFOR MED IRINI.

“Despite Operation Irini was born in full Covid-19 pandemic and it has started its activities at sea only on May 4”, said Admiral Agostini, “it has already produced some significant results in terms of collection of information and deterrence effect both in the arms embargo and in the oil smuggling sectors and it has proved to be impartial and balanced when appropriate assets are available. Operation IRINI is not against anybody or any country but it has the task to implement the UNSCRs arms embargo throughout the whole Area of Operation regardless the actors involved.”

“In these three months” continued the Operation Commander, “IRINI’s assets performed more than 400 hailings and 6 friendly approaches (visit on board merchant vessels) monitoring the cargo disembarked in about 10 ports and landing points. The Operation has also observed the activities in more than 25 airports and landing strips and it has monitored more than 65 military flights or possible military-related air cargos going back and forth to Libya from different countries.”

“Thanks to information gained by IRINI assets, more than 190 groups of photos provided by SatCen (European Union Satellite Centre) and intelligence from Member States, the Operation Headquarters was able to issue more than 10 special reports to the United Nations Panel of Experts on Libya on possible violations of the arms embargo or oil smuggling in Libya, alerting about the external influences on both sides of the conflict in the country.”

On the flight deck of ITS San Giorgio, the Operation Commander was received by the Force Commander, Rear Admiral Ettore Socci who recognized the highly commitment of more than 400 women and men. “At sea, in the air and ashore they are performing an outstanding job on a daily basis”, Admiral Socci said, “A special thanks go to the joint and combined FHQ staff: a bunch of highly professional sailors, airmen and soldiers coming from France, Finland, Germany Greece, Poland, Portugal and Italy, that without a moment’s rest and a total and commendable commitment provided extraordinary results.”

In the morning of the 4 August, Admiral Fabio Agostini had a meeting with the Commander of the Italian Navy’s Command in Augusta, Sicily, Rear Admiral Andrea Cottini.

During the meeting the Operation Commander underlined the important role of the Italian Navy in Operation IRINI and thanked Admiral Cottini for the continuous effort in supporting EUNAVFOR MED assets visiting Augusta’s Naval Base.

All the meetings and visits followed a strict anti-COVID protocol. 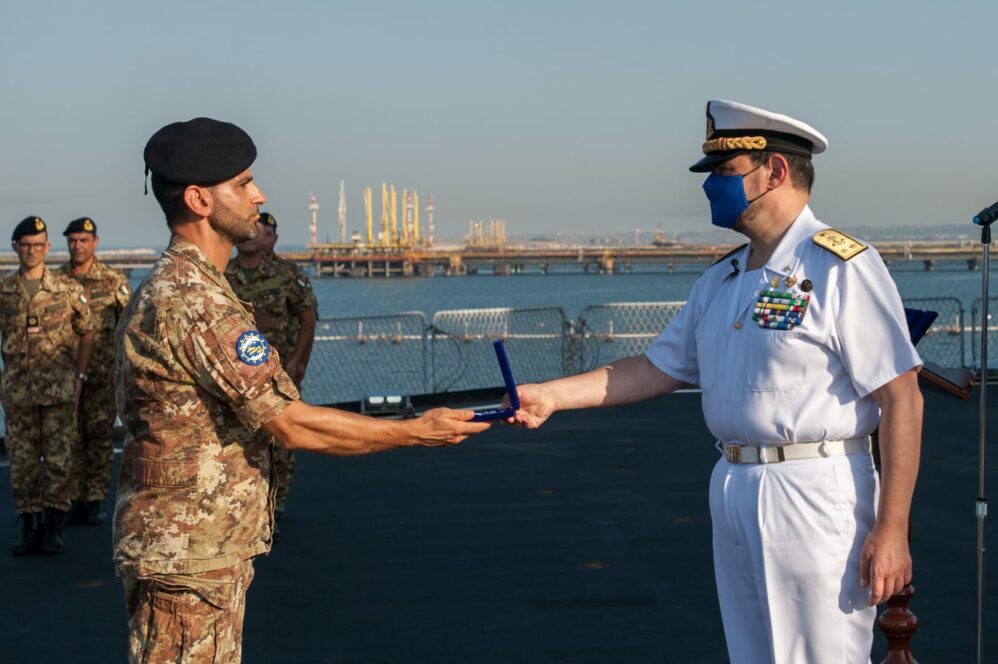 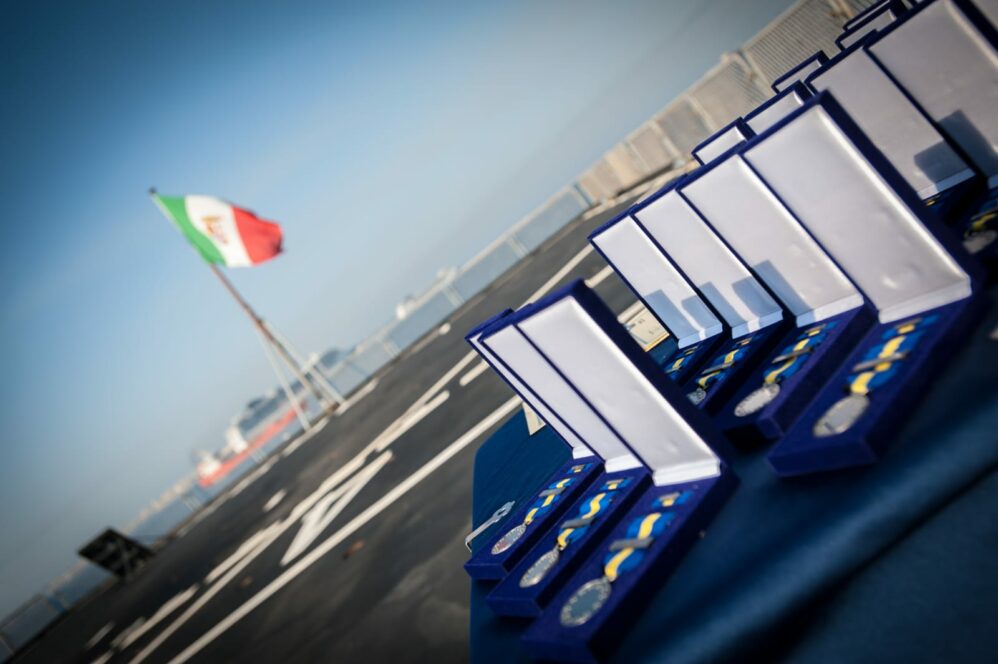 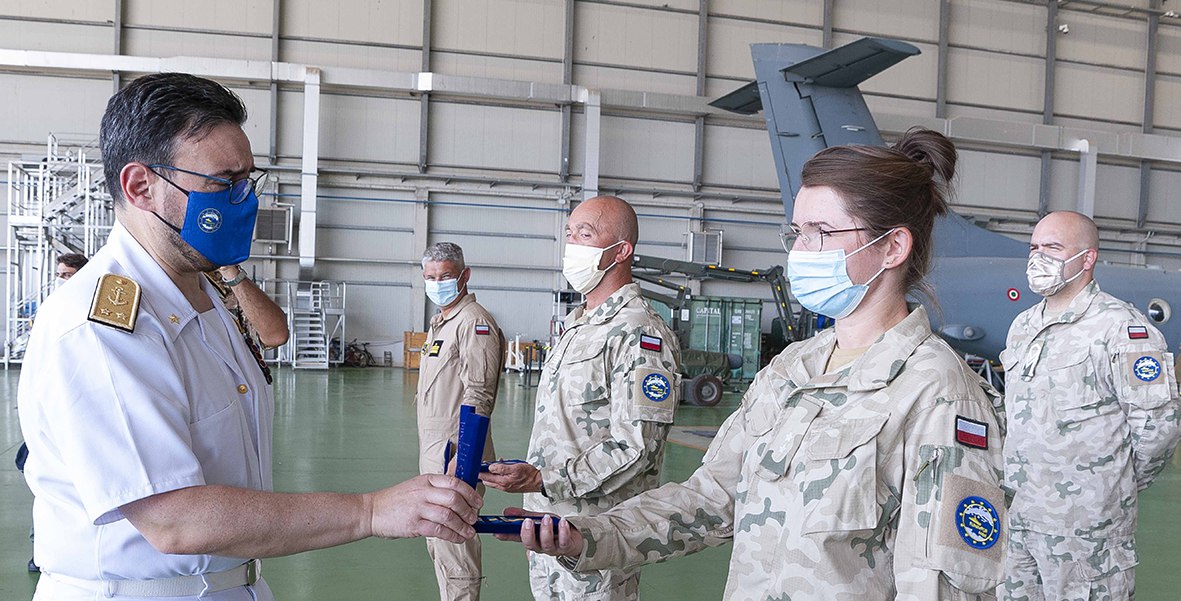 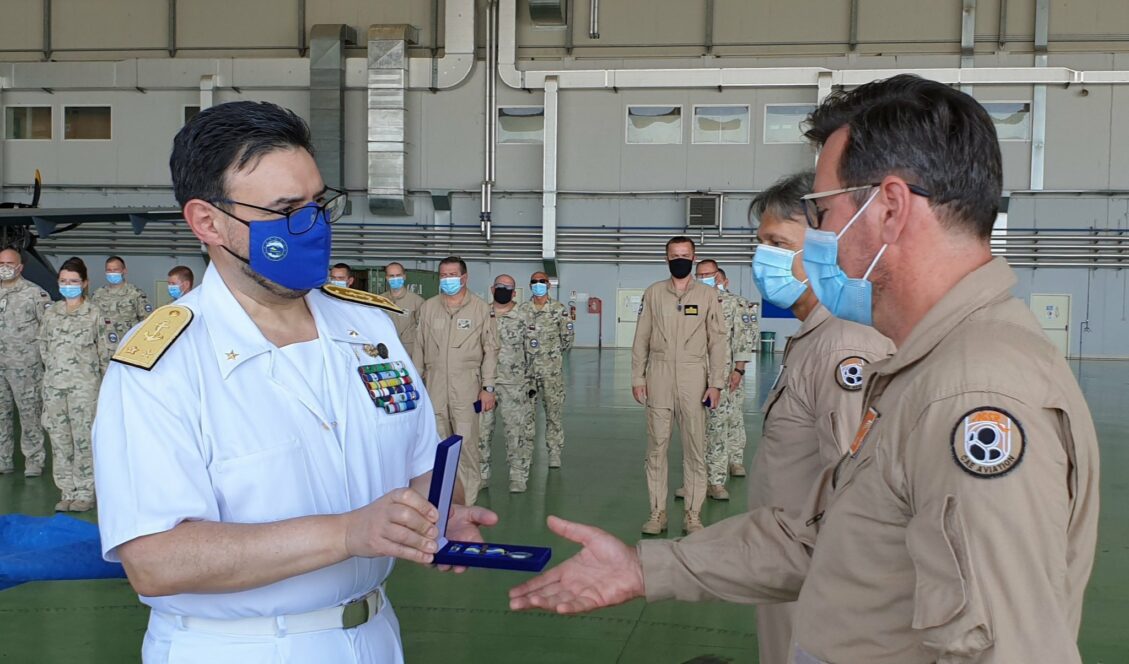 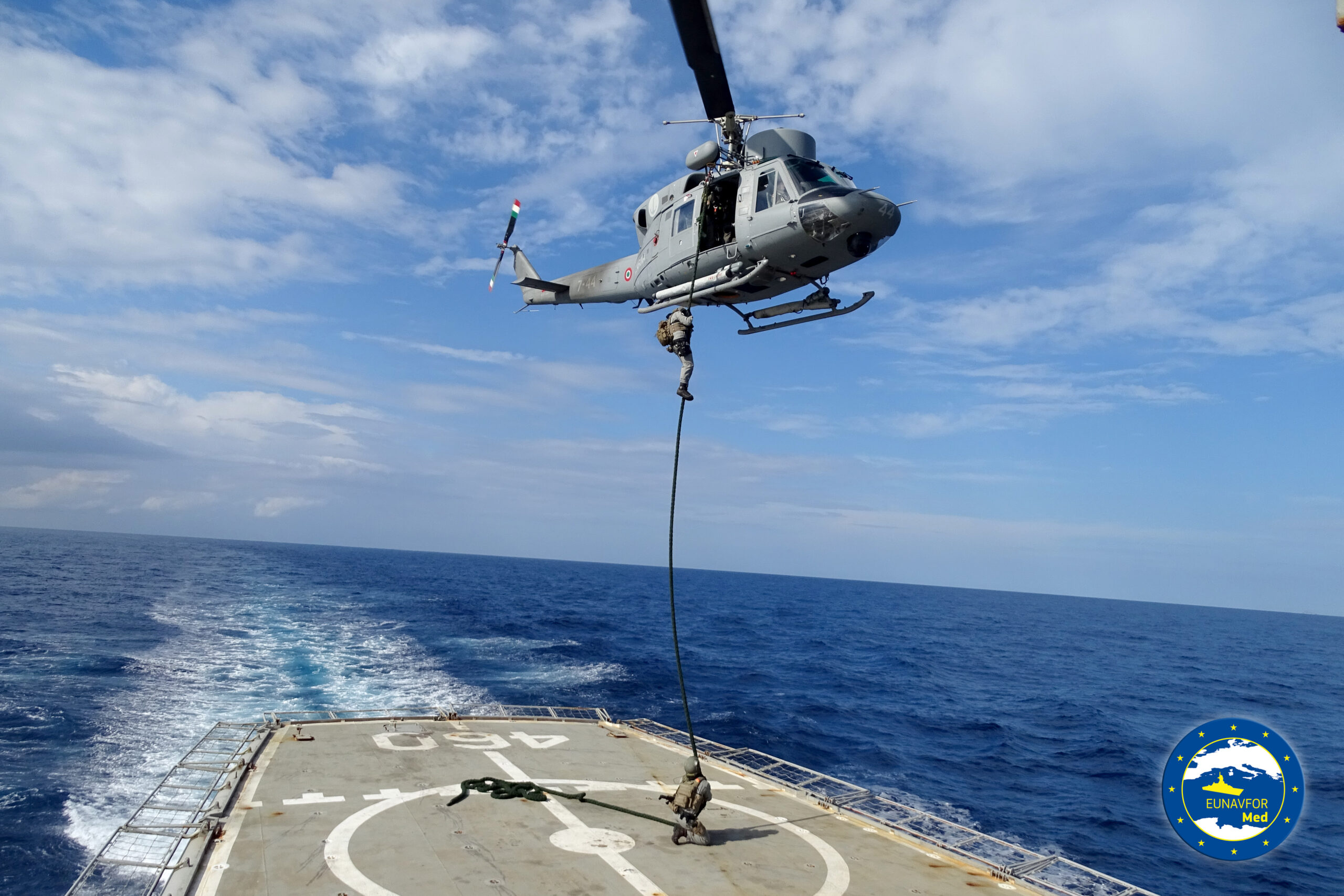