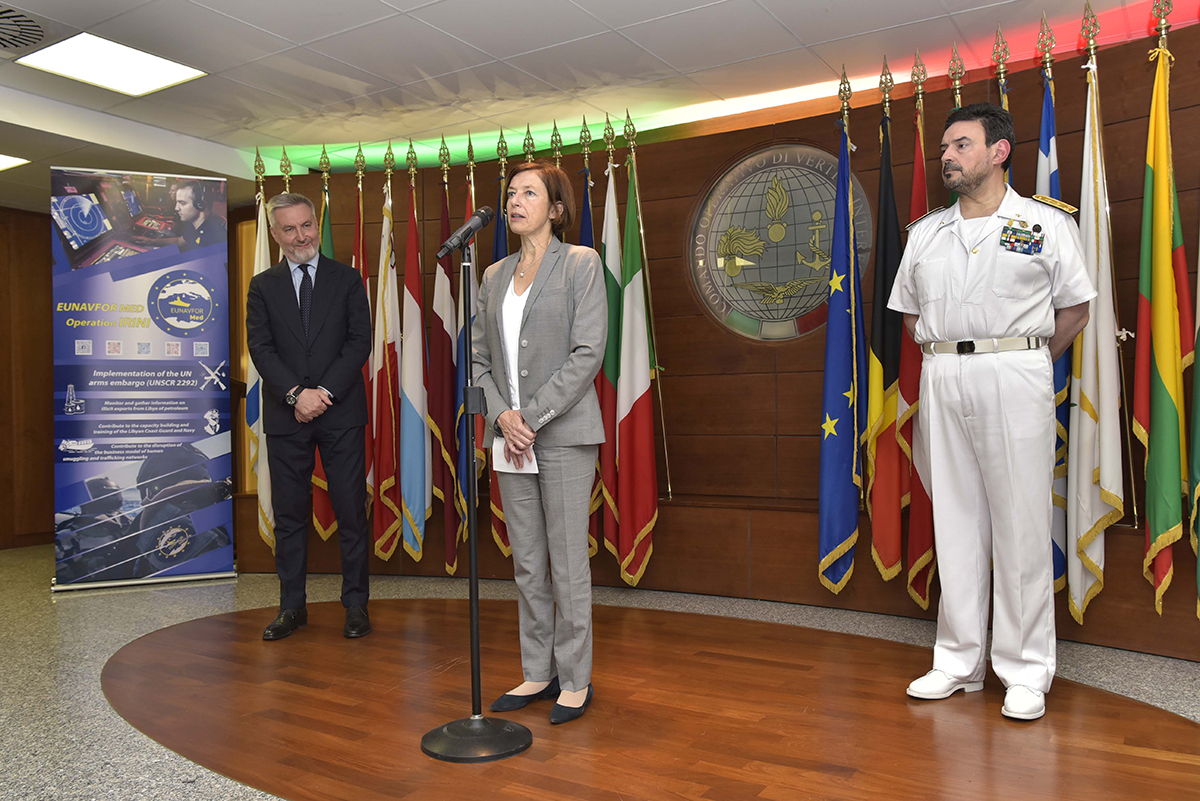 Welcomed by the Commander of Italian Joint Operation Headquarters, General Luciano Portolano, and Irini’s Operation Commander, Rear Admiral Fabio Agostini, and his deputy, Rear Admiral Jean-Michel Martinet, the Ministers received a detailed update on the Operation and its results. For Mr Guerini this is the second visit in the headquarters, as he has already been here on June 8.

At the end of the official visit, the French Minister, Florence Parly, had the chance to meet the French National Contingent in Irini’s staff, that is composed by representatives from more than 20 Member States. 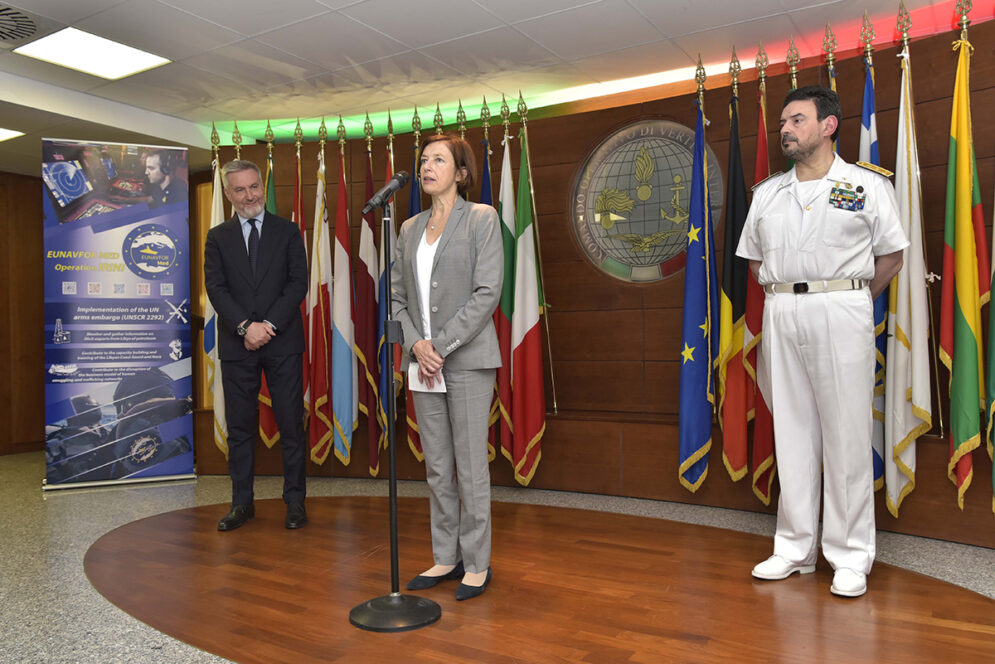 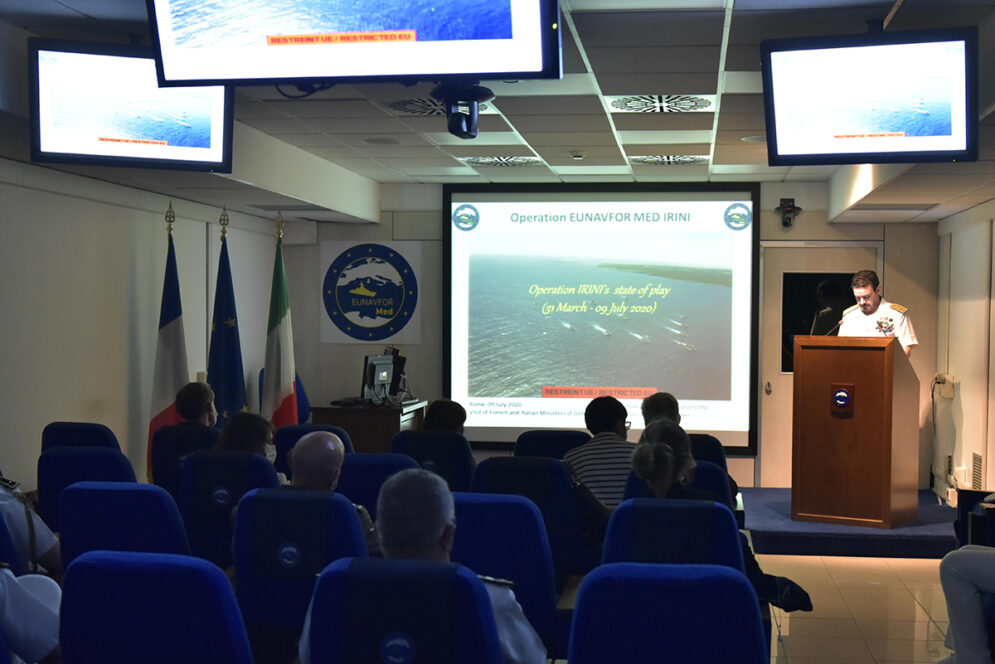 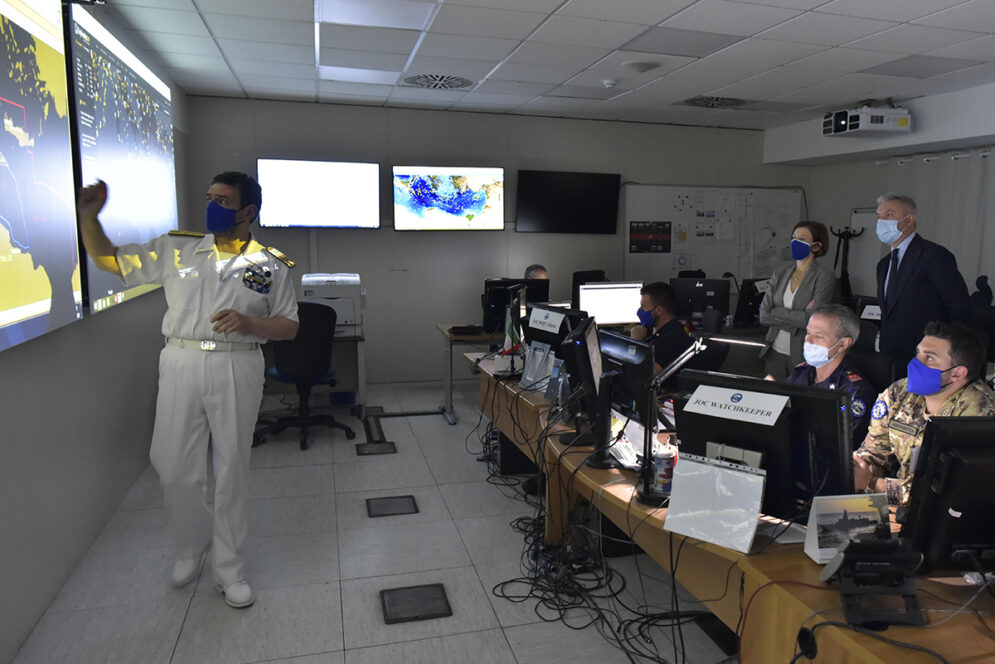 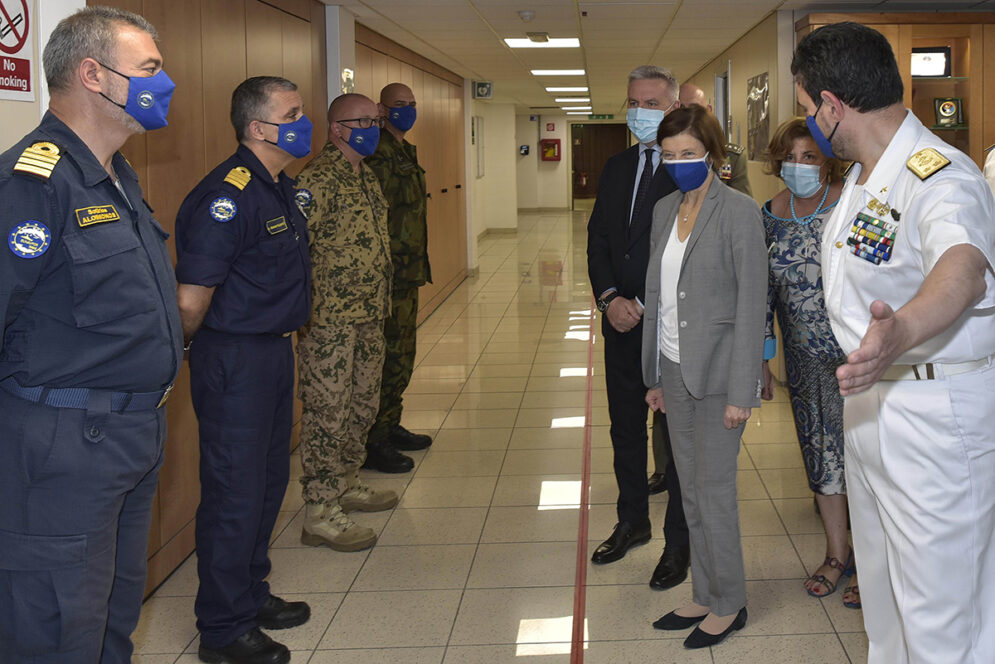 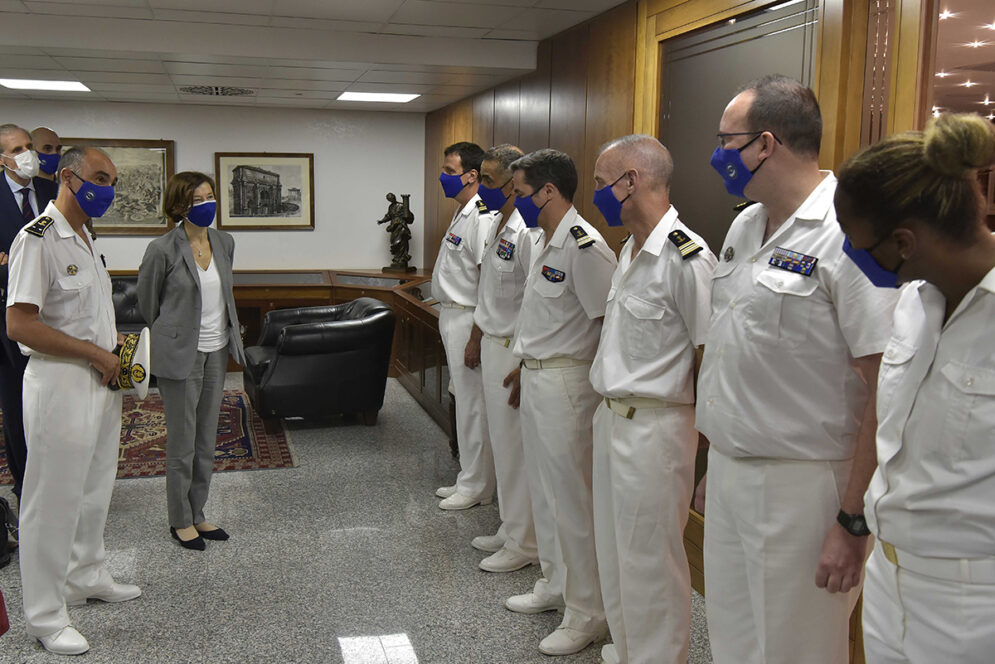 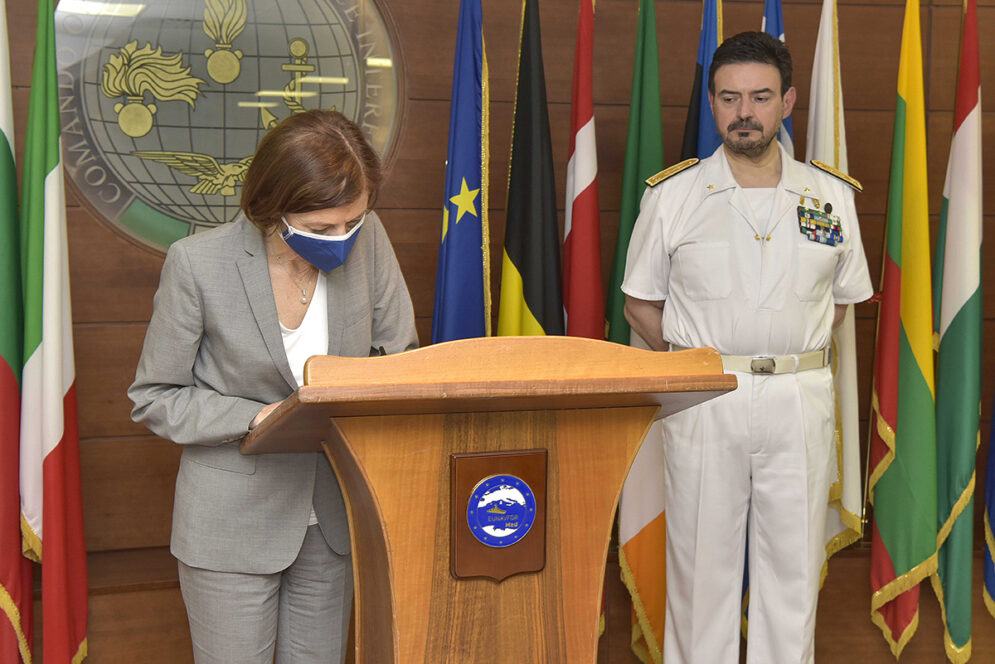 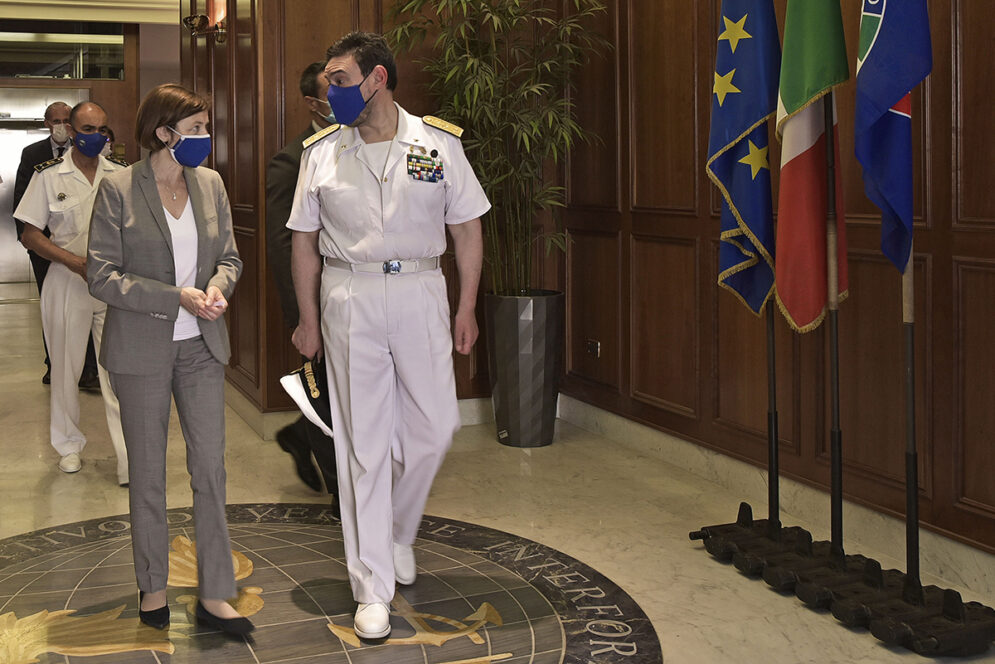 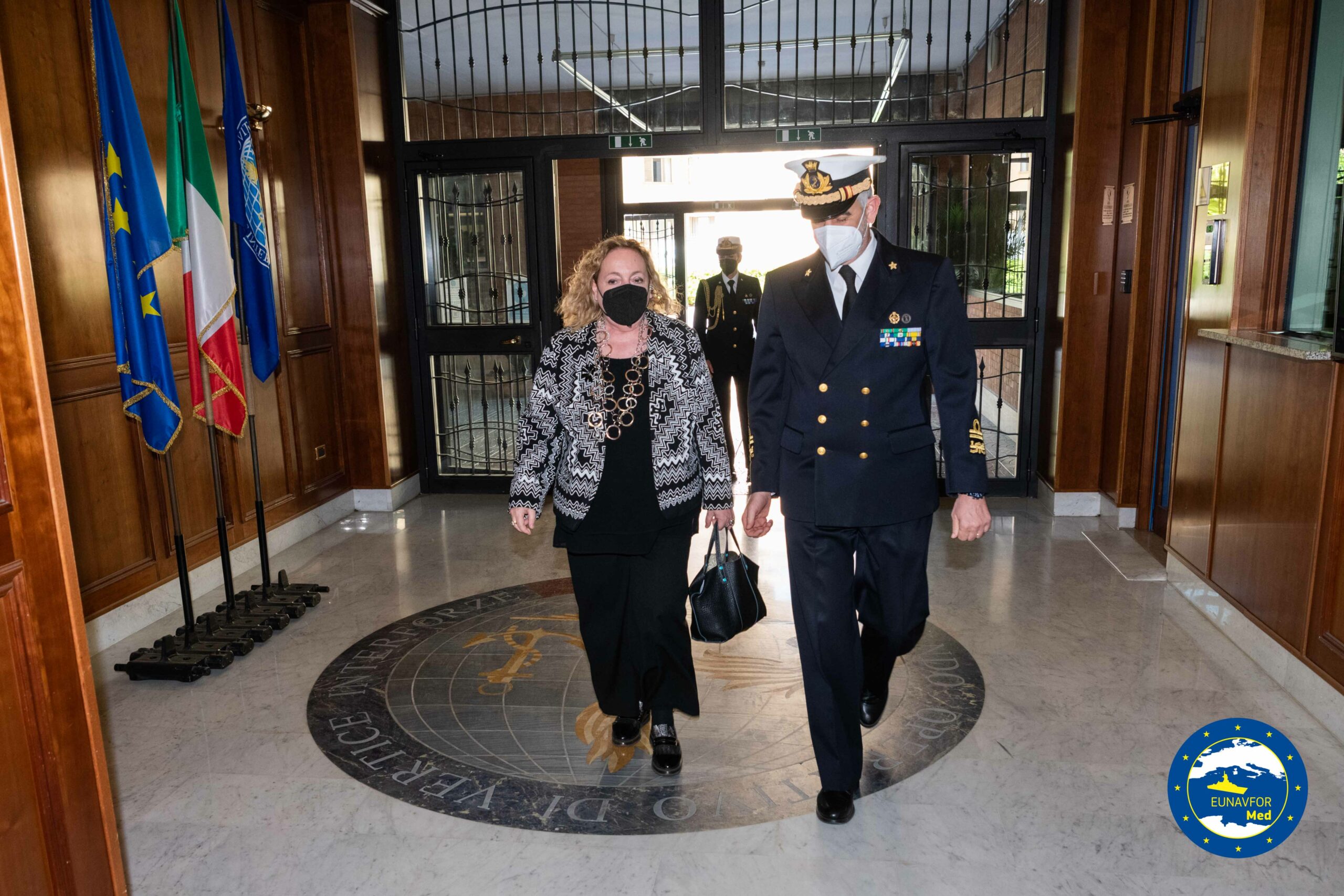