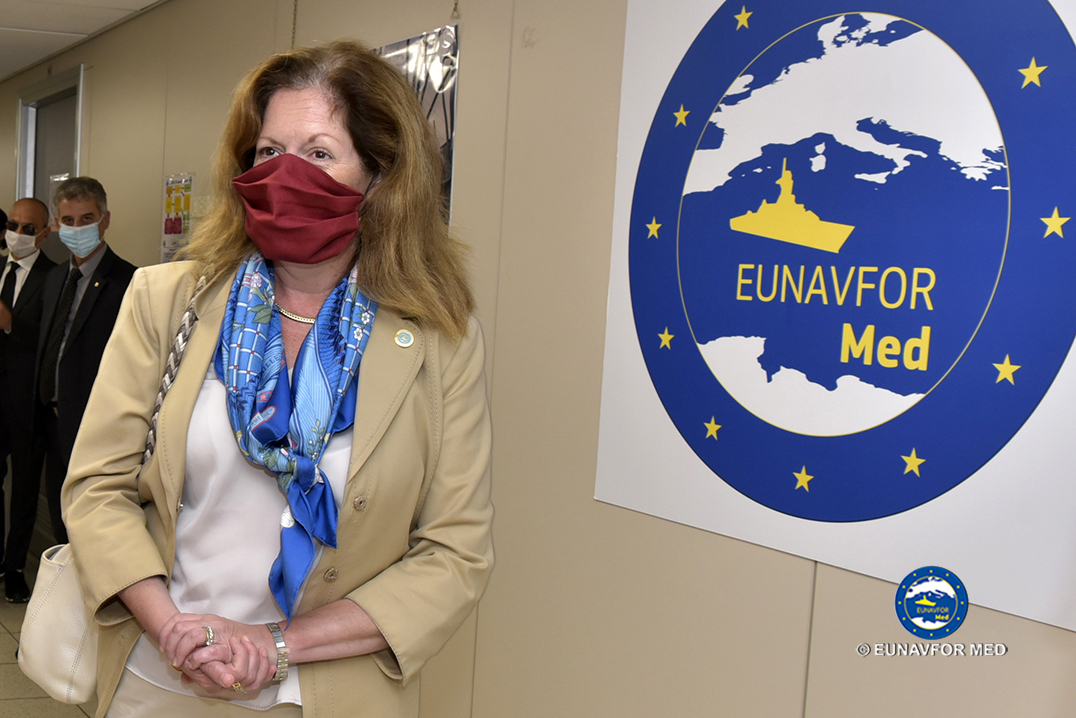 Rome – Stephanie Williams, Acting Special Representative of the Secretary-General for #Libya, visited today Operation EUNAVFOR MED Irini OHQ, hosted in the Joint Operation Headquarters in Centocelle, Rome. She was welcomed by the Operation Commander, Rear Admiral Fabio Agostini, with whom she exchanged views on the ongoing situation in Libya and the recent results of Operation Irini. She met the international staff and she had a brief in the Join Operation Centre, from where the mission is directed.

“I want to express my sincere thanks to Admiral Agostini and the entire team of Operation Irini for the very important work that they are doing and that they have done in just a short period since this Operation has been stood up in monitoring the UN arms embargo on Libya – she said at the end of the visit – This sends a very critical and important message first and foremost to the Libyan people whose sovereignty is been breached on a daily if not on an hourly basis. It’s important for them to know that there is an Operation like this that is being conducted in a very neutral manner to really protect their sovereignty and to call out those who are violating with impunity the UN arms embargo. It is also an opportunity for us to urge the participants, the member states who joined in the Berlin Conference in January of this year that they should uphold the commitments that they made at that Conference to respect and implement UN Security Council resolutions with regard to Libya, particularly the UN arms embargo.” 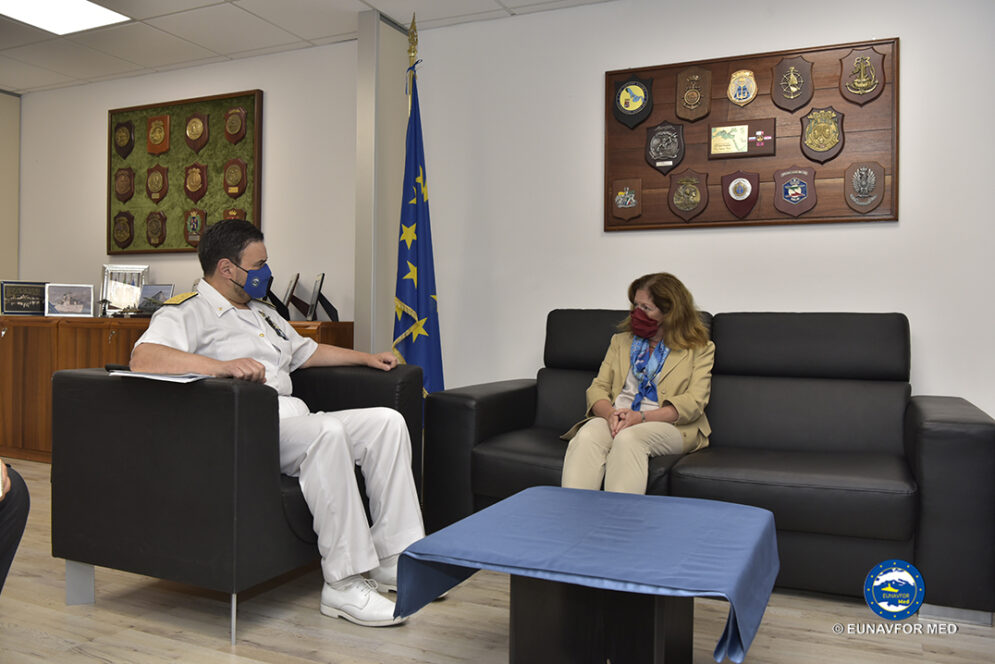 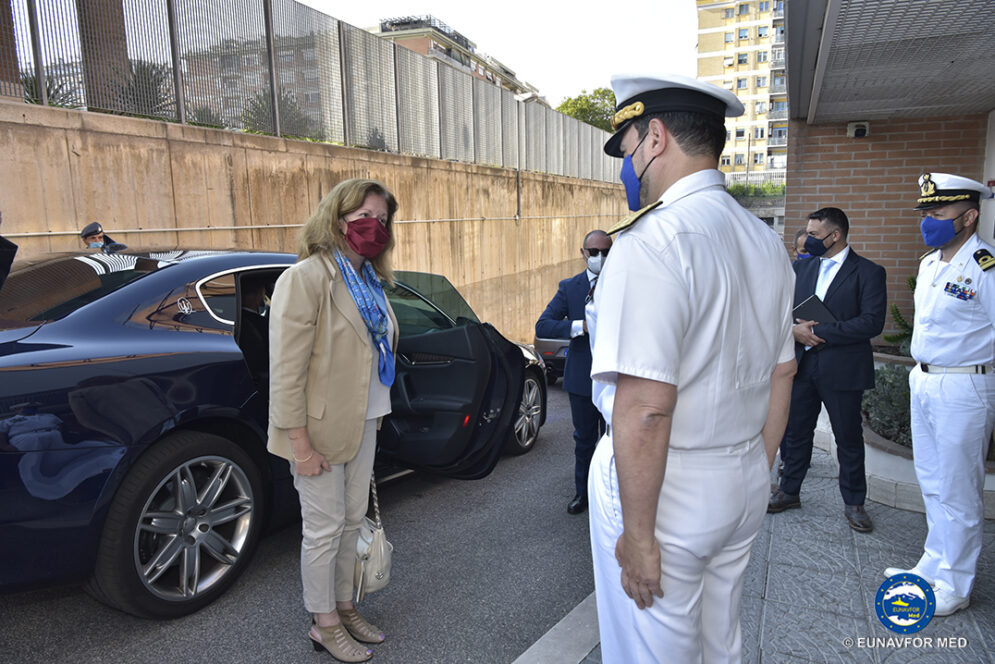 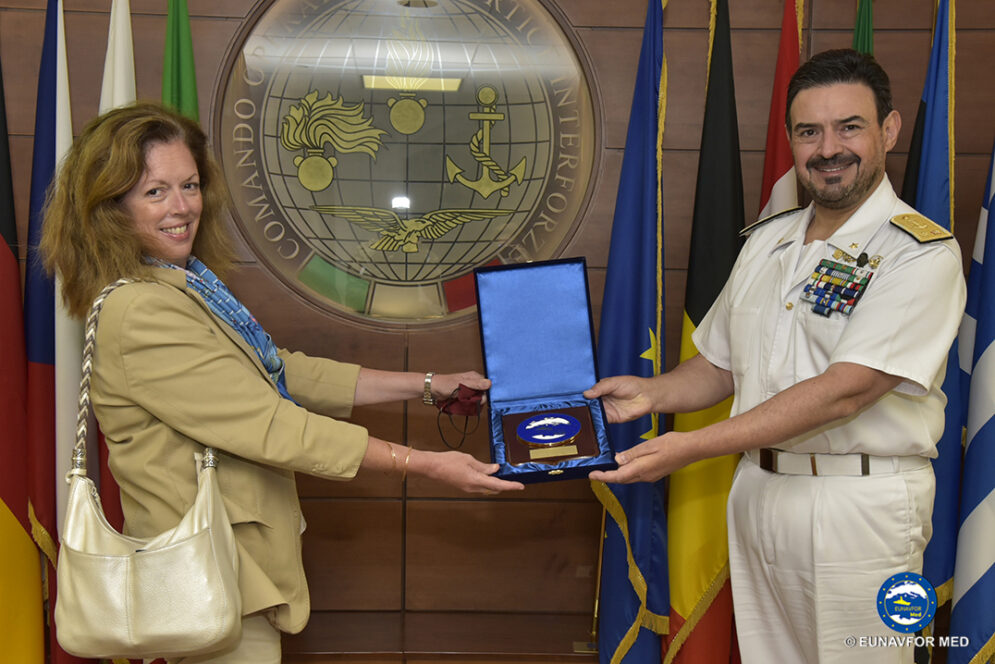 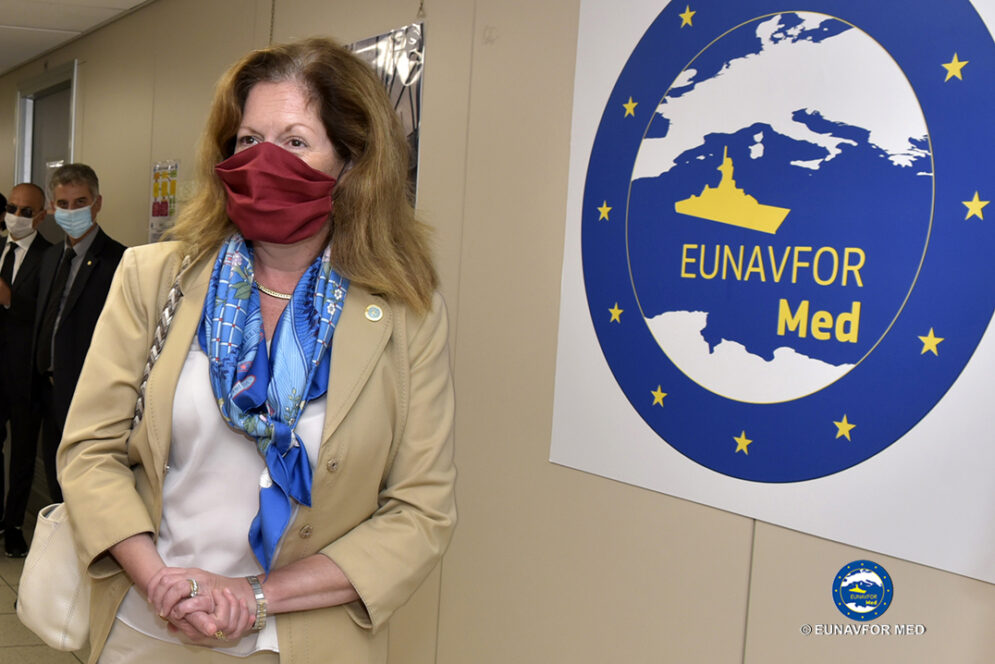 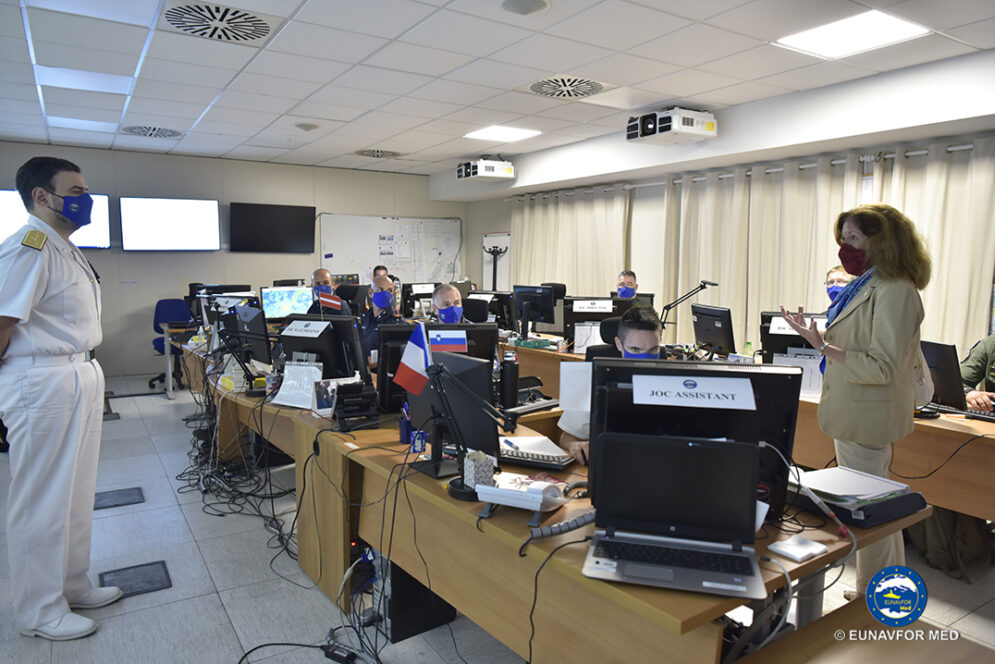 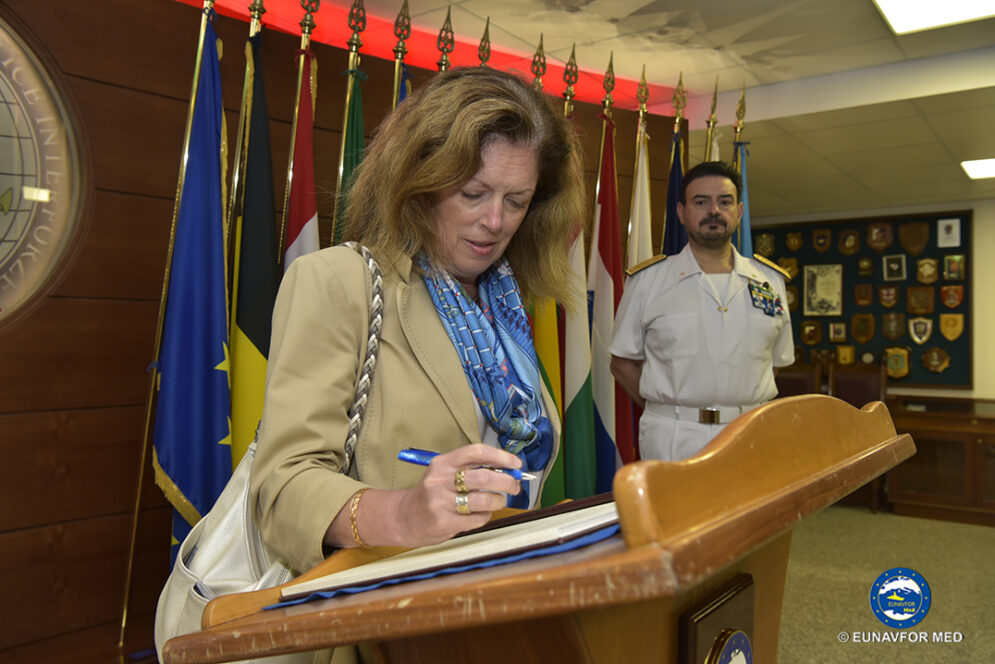 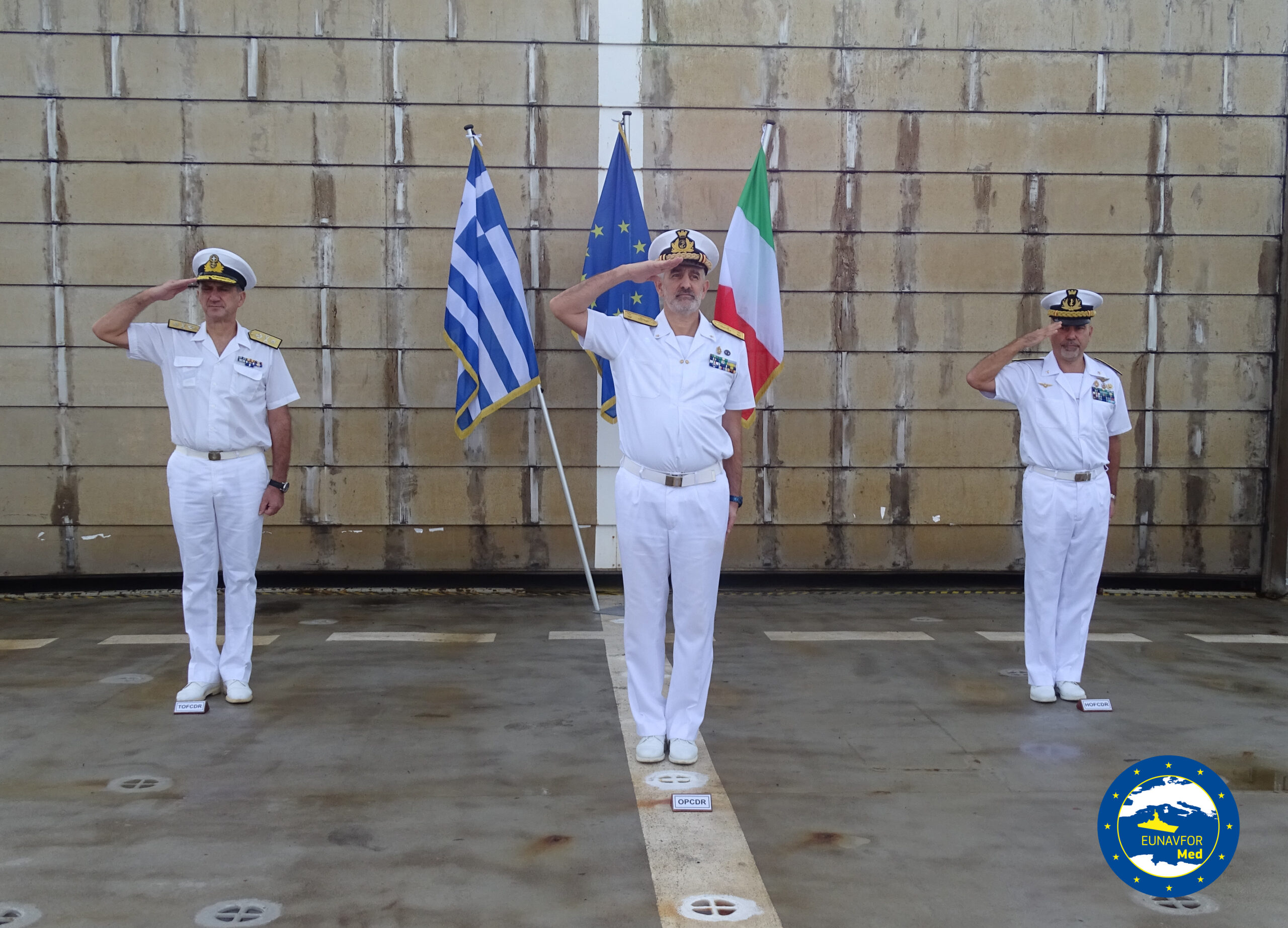