Home » Rear Admiral Stefano Turchetto meets the Force Commander Michail D. Magkos on board of the Hellenic Ship NAVARINON at the Greek base in Souda 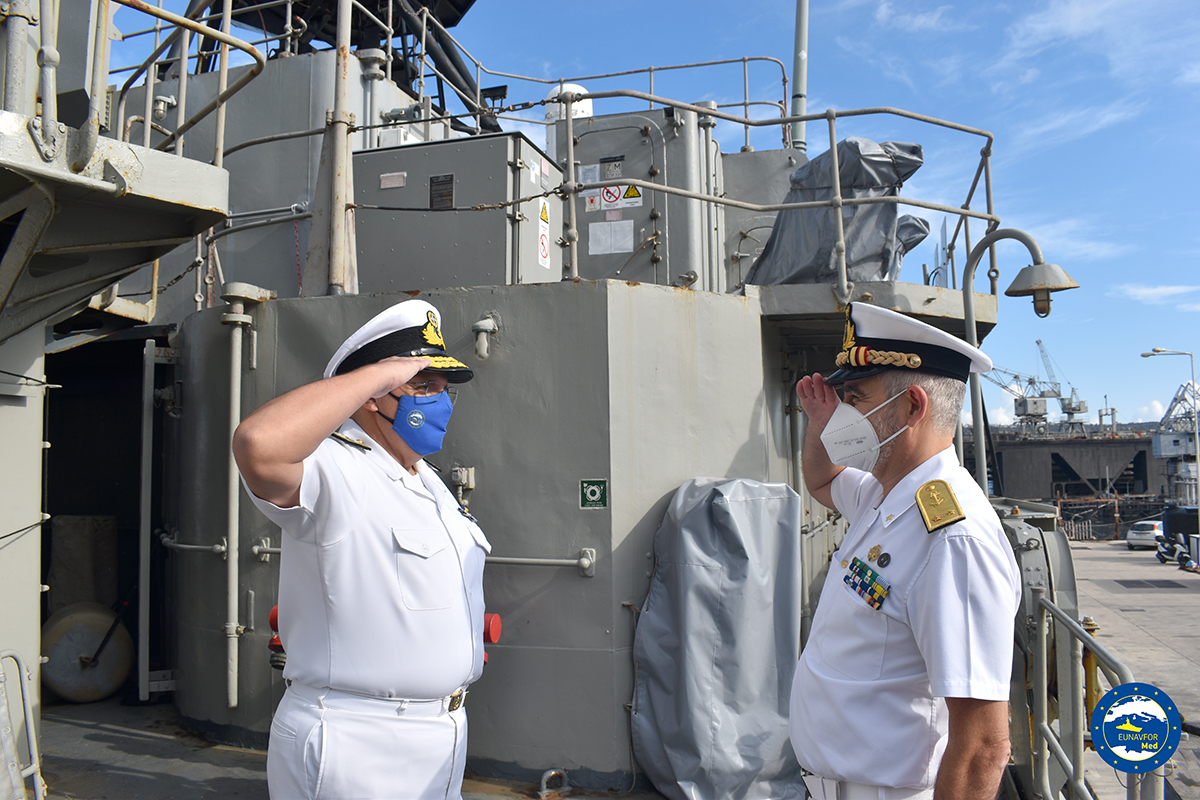 Yesterday, Rear Admiral Stefano Turchetto, Op Commander of Operation EUNAVFOR MED IRINI, met the Force Commander, Commodore Michail D.  Magkos. The meeting occurred on board the Flagship, the HS NAVARINON, moored at the Hellenic naval base in Souda. This was the first face to face meeting, as they were both appointed on 01 October. Op Commander also seized the occasion to address the crew of the flagship and the personnel of Force Headquarters, expressing his appreciation and gratitude for their outstanding commitment: “It is a great honour and a privilege for me to be your Operation Commander and to be here today in order to express personally my appreciation to you and my gratitude to your Countries. As my first engagement abroad  – concludes – since I have been appointed as Operation Commander, I strongly wanted to meet and pay a tribute to the personnel that, with daily commitment and efforts, is the key for the fulfilment of our mandated tasks”. 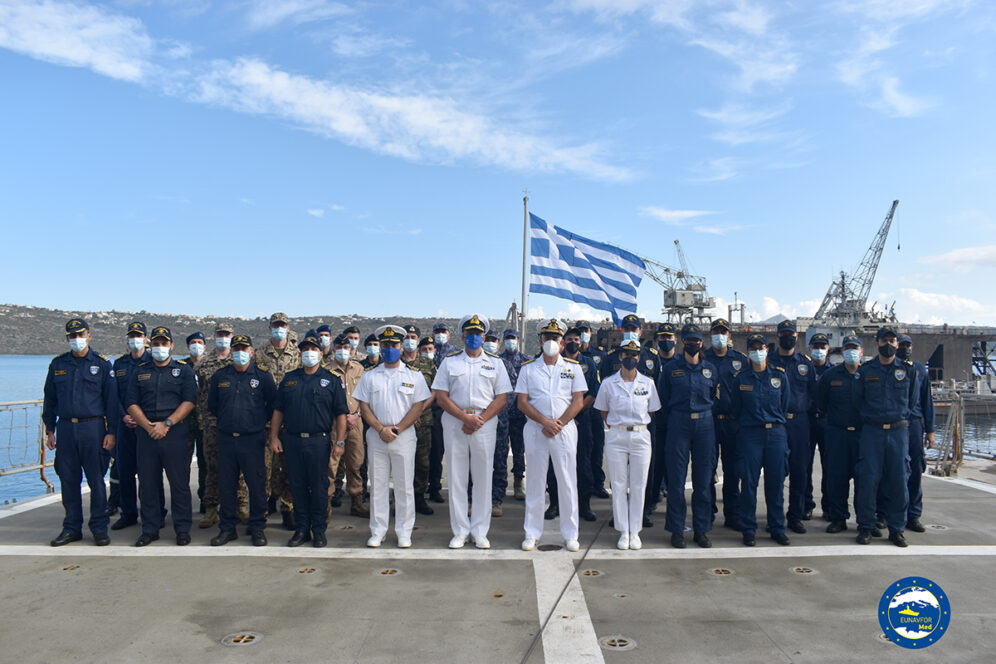 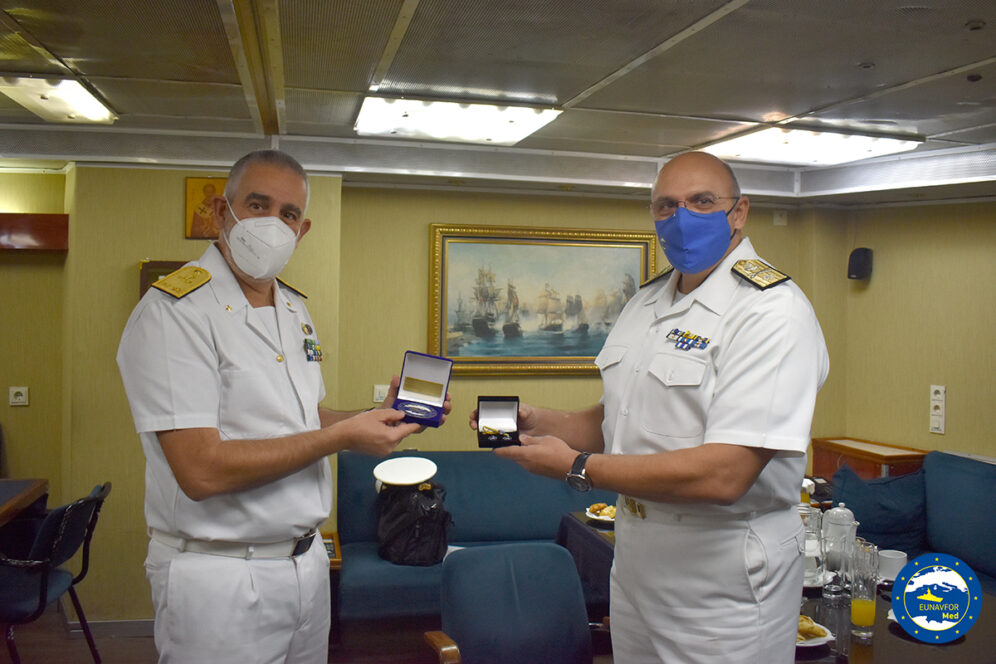 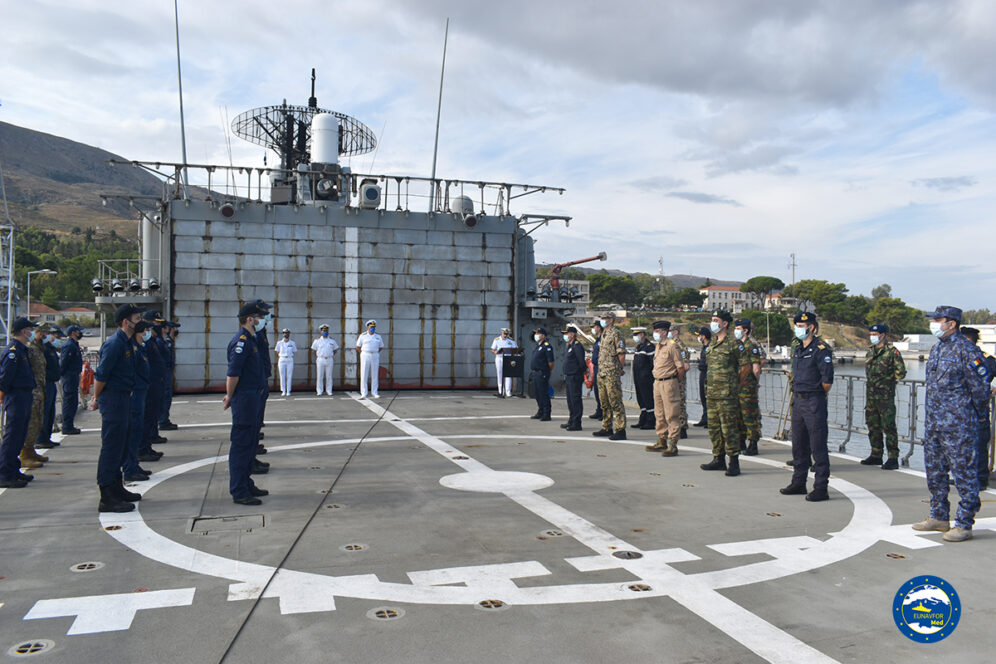