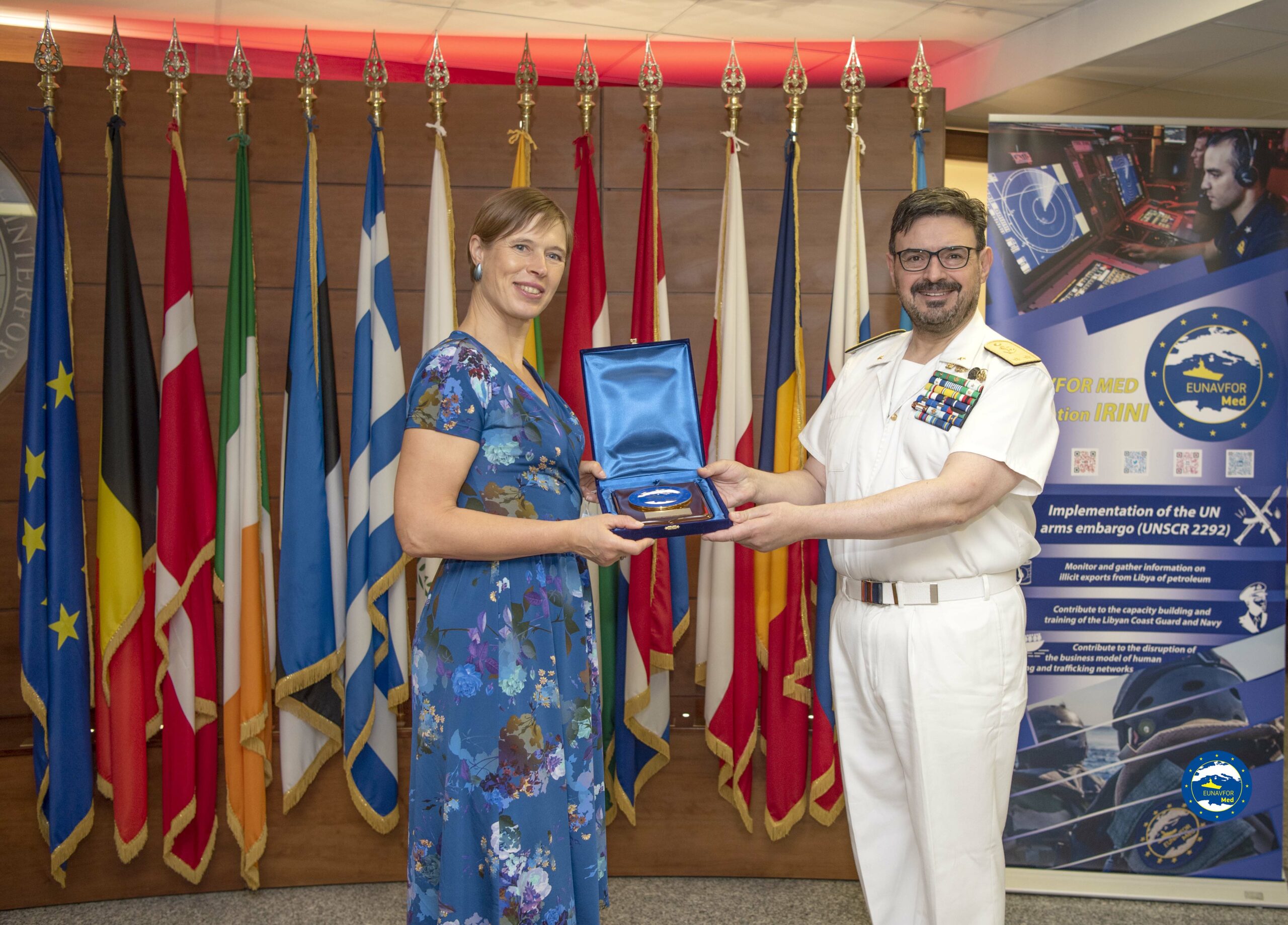 The President of the Republic of Estonia, H.E. Mrs Kersti KALJULAID, visited the headquarters of Operation Irini in Rome. Welcomed by the Commander of the Italian Joint Operation Headquarters (that hosts IRINI headquarters), General Luciano Portolano, and Operation Irini Commander, Rear Admiral Fabio Agostini, H.E. Mrs Kersti KALJULAID received a detailed update on the Operation and the results achieved.
During the event, the President also had the opportunity to visit the Joint Operation Centre, the operational heart of the headquarters from where the activities are planned, directed and supervised. “This is a unique event for us, since for the first time in EUNAVFOR MED history, we receive the visit of a President of the Republic. This is a true honour for all of us”, Admiral Agostini said. H.E. Mrs Kersti KALJULAID thanked Rear Admiral Agostini and all IRINI’s staff for the excellent job done in support of the Libya peace process. Before leaving, the Estonian President had the opportunity to meet and exchange a few words with the Estonian Officer that is serving at the Headquarters. Actually, 24 EU Member States are supporting operation IRINI with personnel and assets. 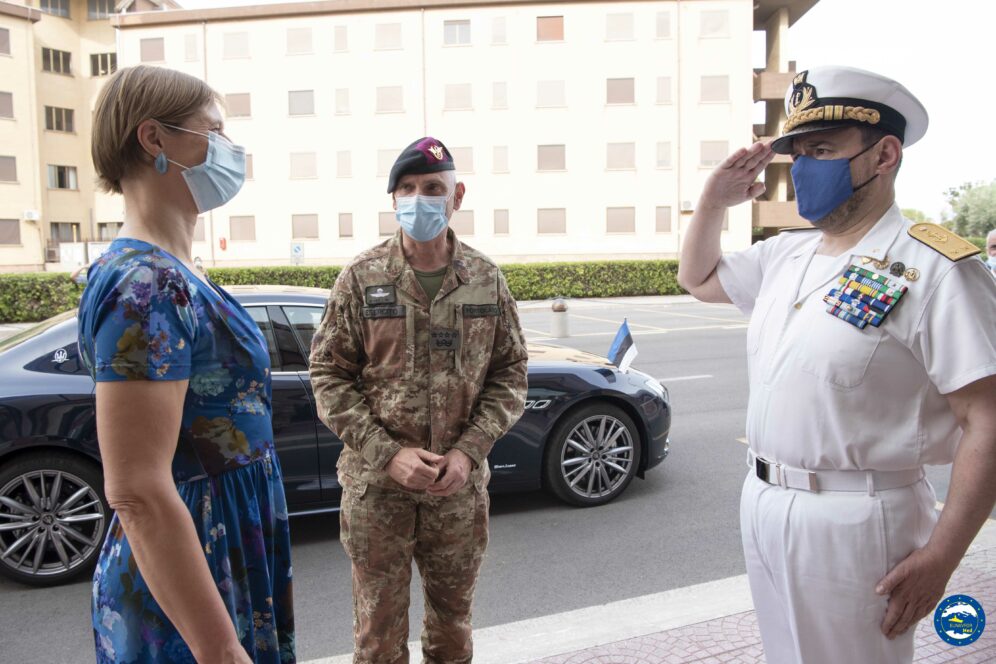 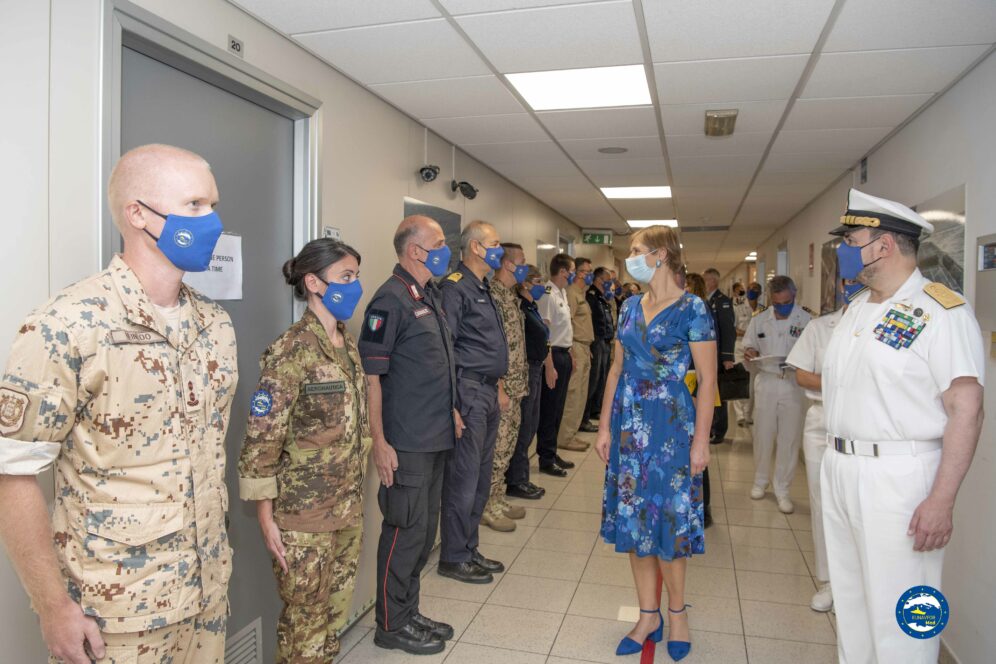 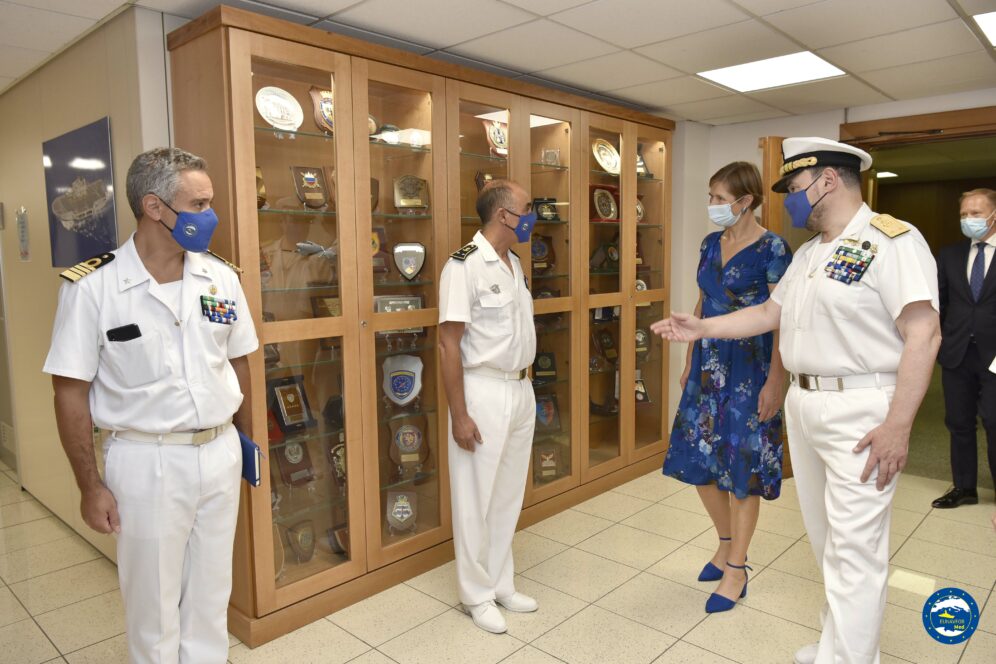 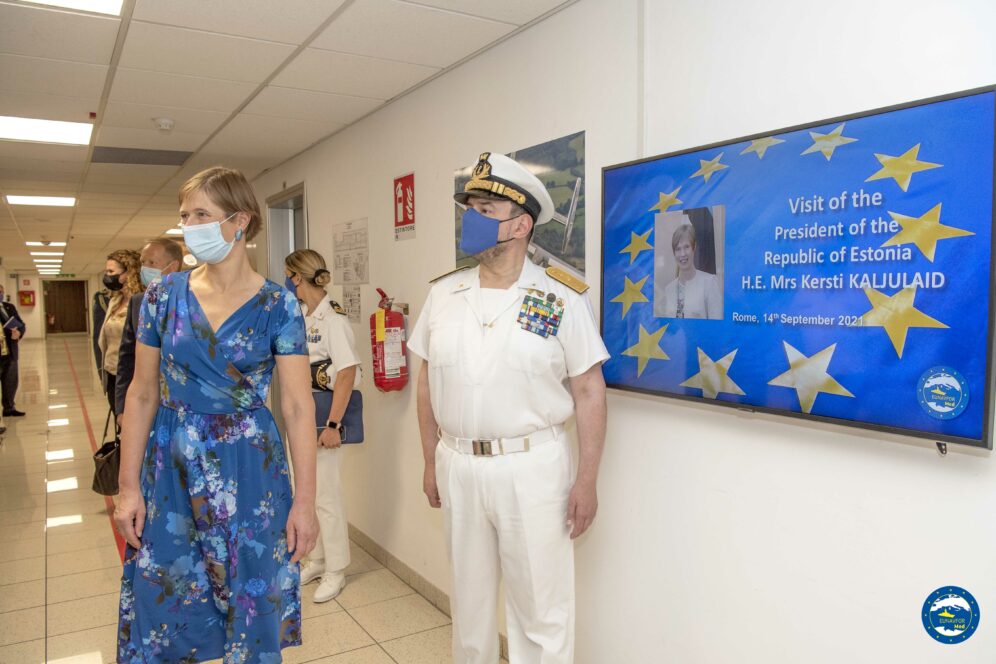 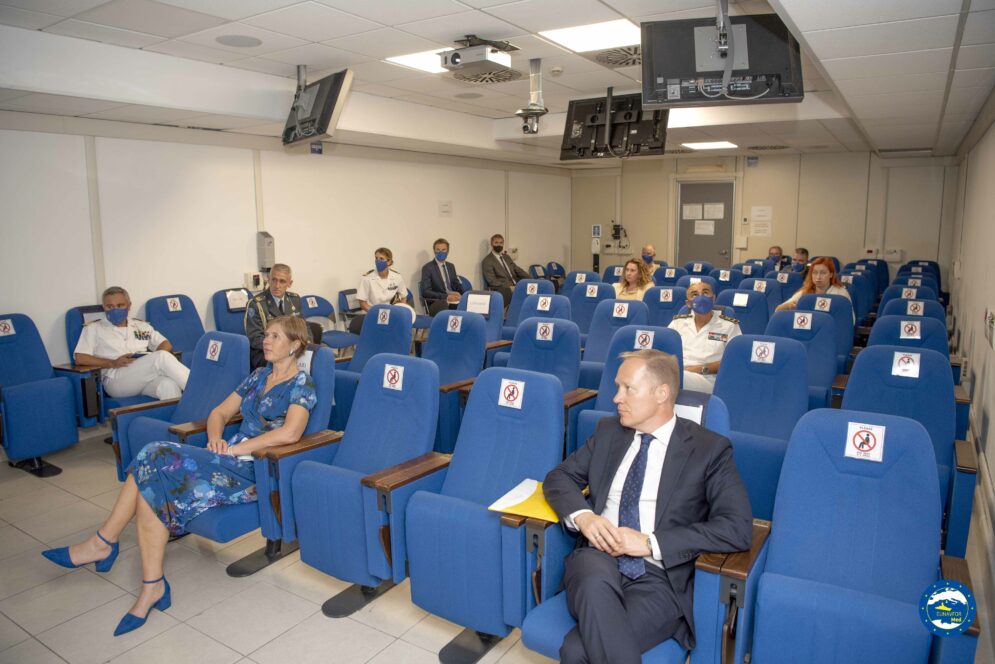 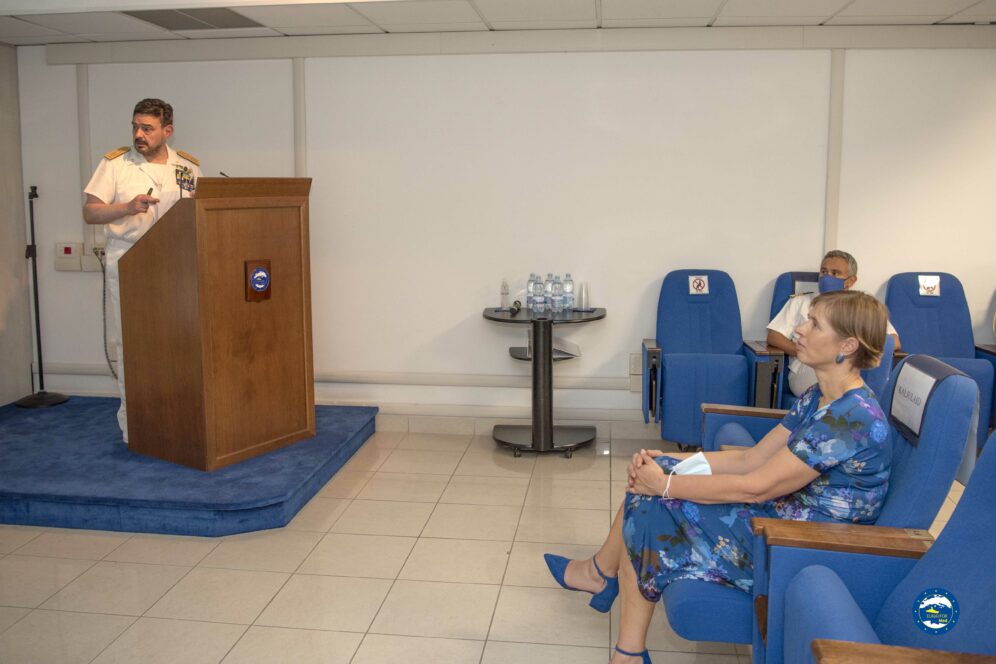 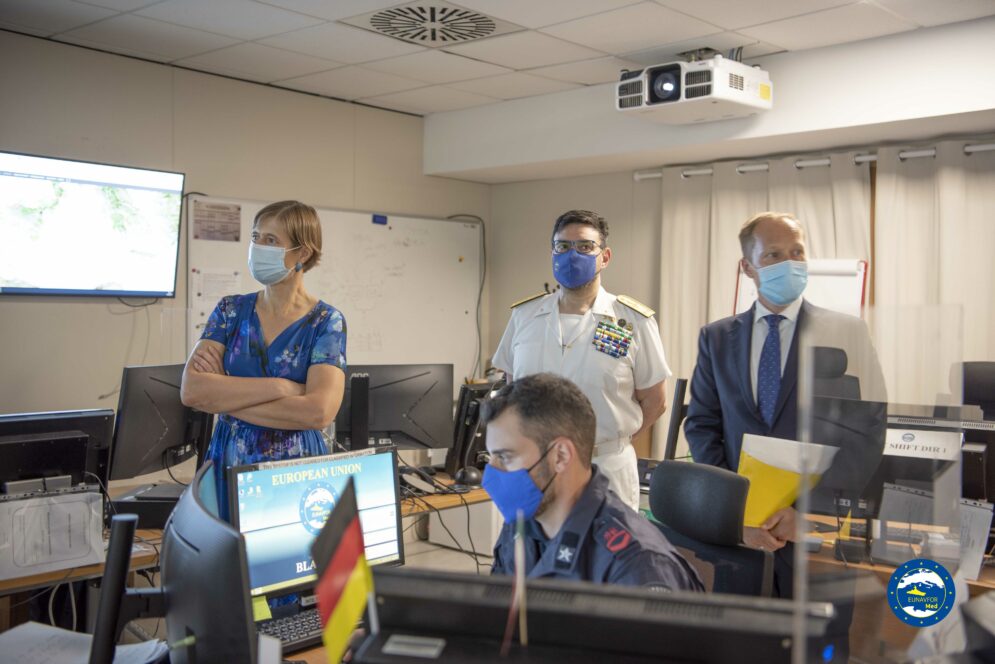 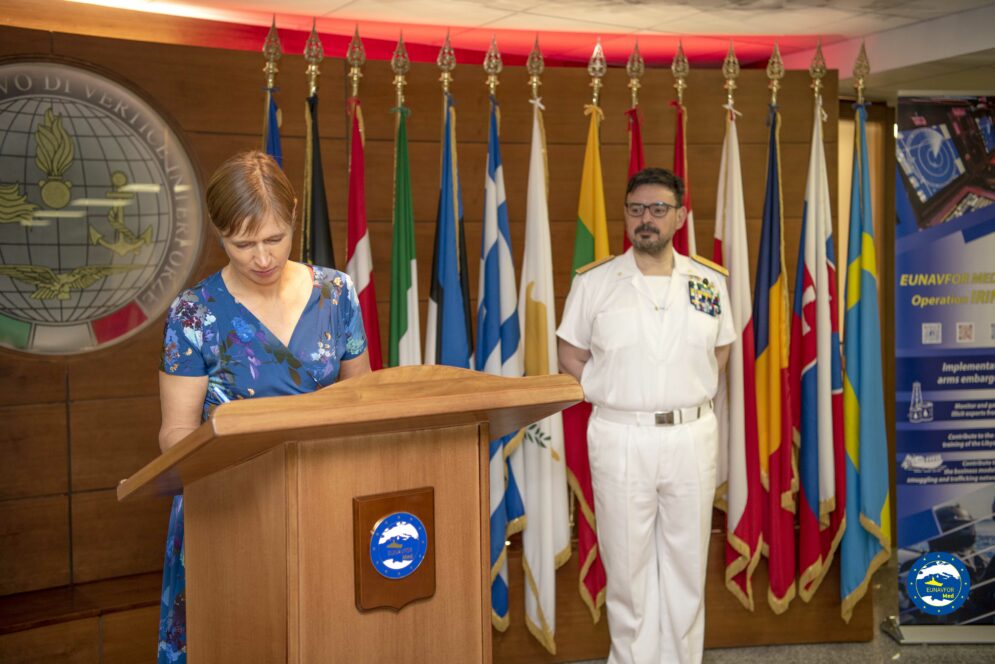