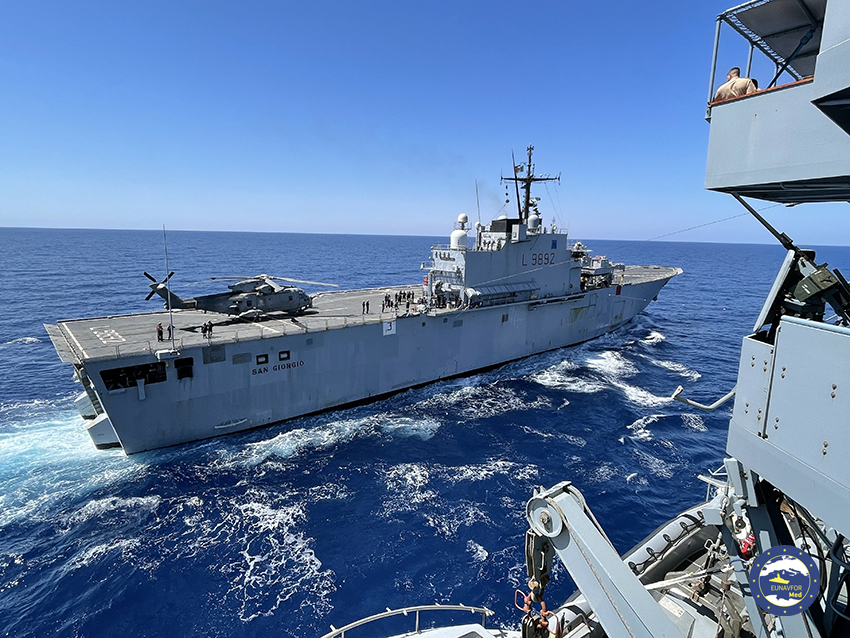 On 22 April, the ships assigned to EUNAVFOR MED Operation IRINI performed different exercises. The Flagship, Italian Ship SAN GIORGIO, has conducted a FLYEX (Flying Exercises) with his helicopter and a MISCEX (Miscellaneous Exercises) with the German Ship BERLIN. The first one was a cross deck exercise, consisting into helicopter’s movements from one ship to the other to enhance pilots familiarization with different kinds of flight decks. The second exercise was mainly focused on simulating fuel Replenishment At Sea (RAS) activity. Later in the day, the same RAS exercise was performed also between the French Ship PM L’HER and the BERLIN itself. These exercises are useful to achieve the utmost level of integration among assets of every multinational force operating at sea to boost operational effectiveness.

The Force Commander, Rear Admiral Stefano Frumento, visited the BERLIN to congratulate with the Commanding Officer for the support that they are providing to Operation IRINI. The force Commander expressed the same gratitude also to the Lithuanian boarding team on board the German ship. Force integration training is a key activity of EUNAVFOR MED IRINI. 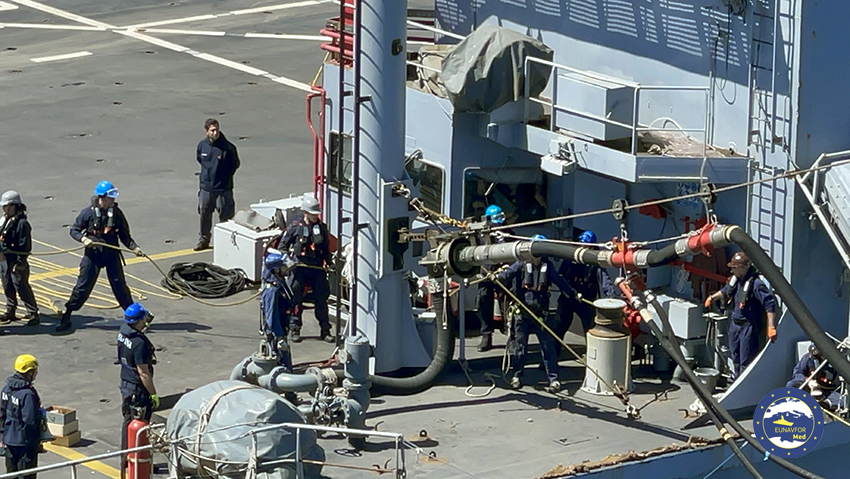 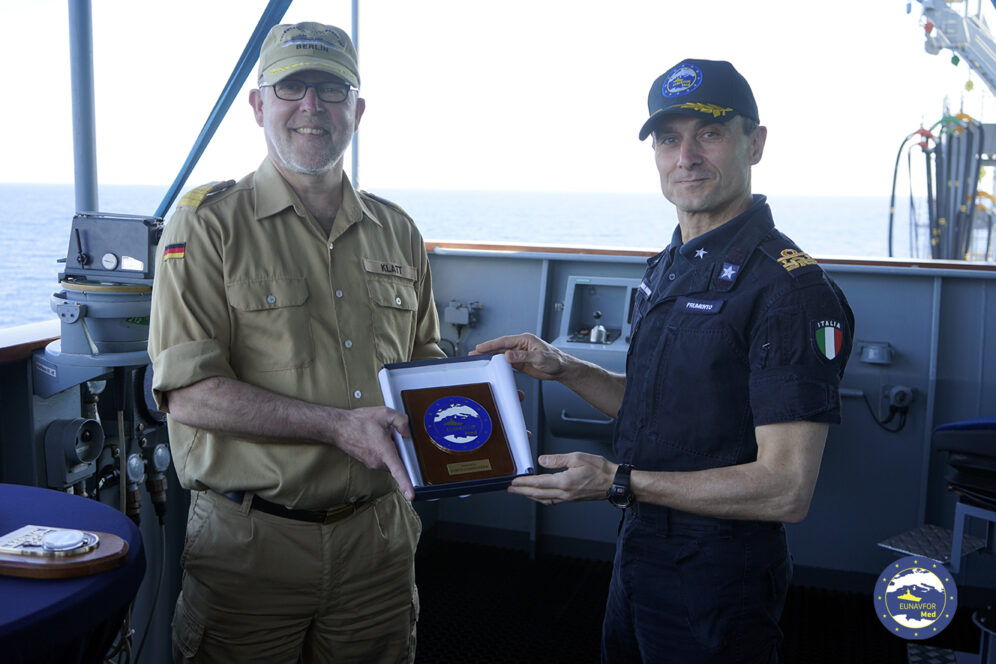 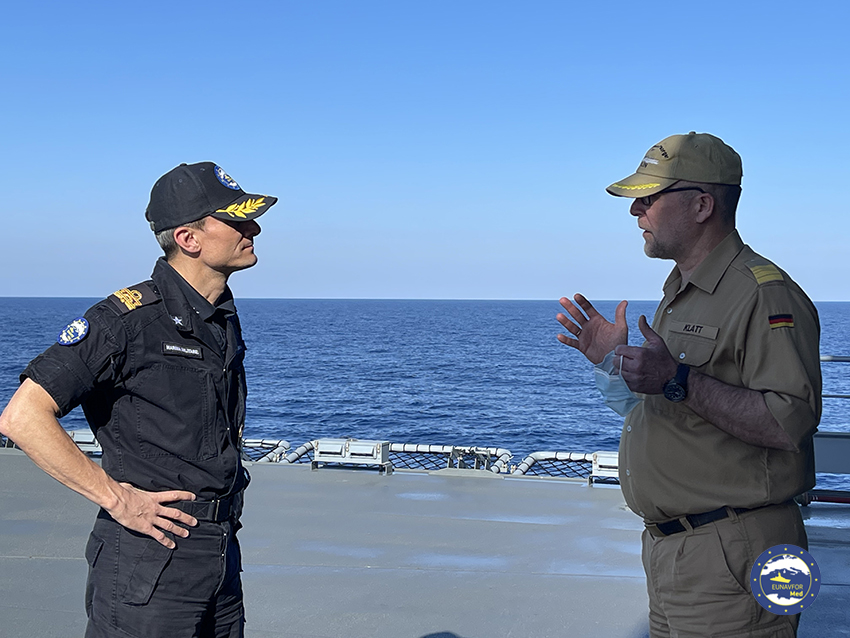 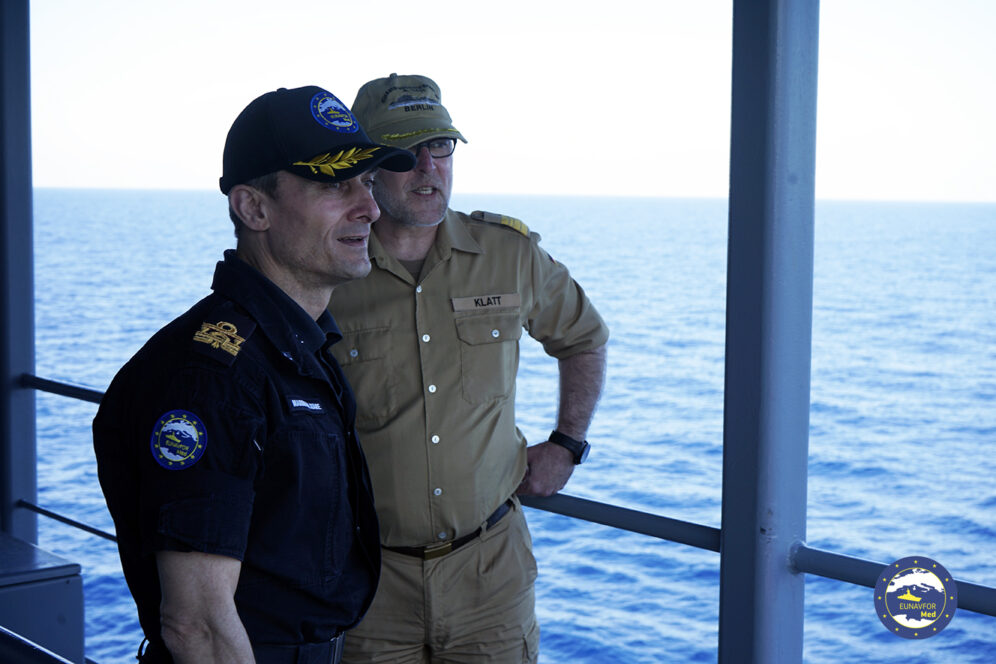 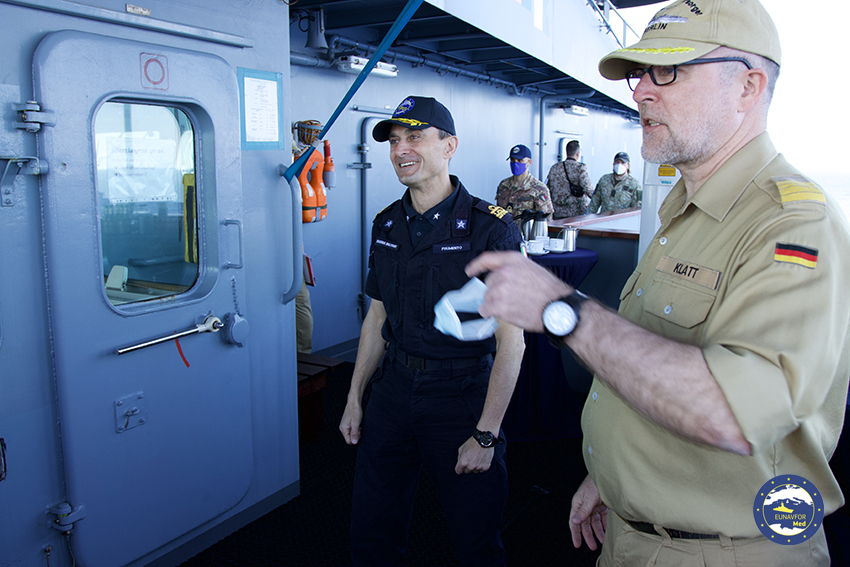 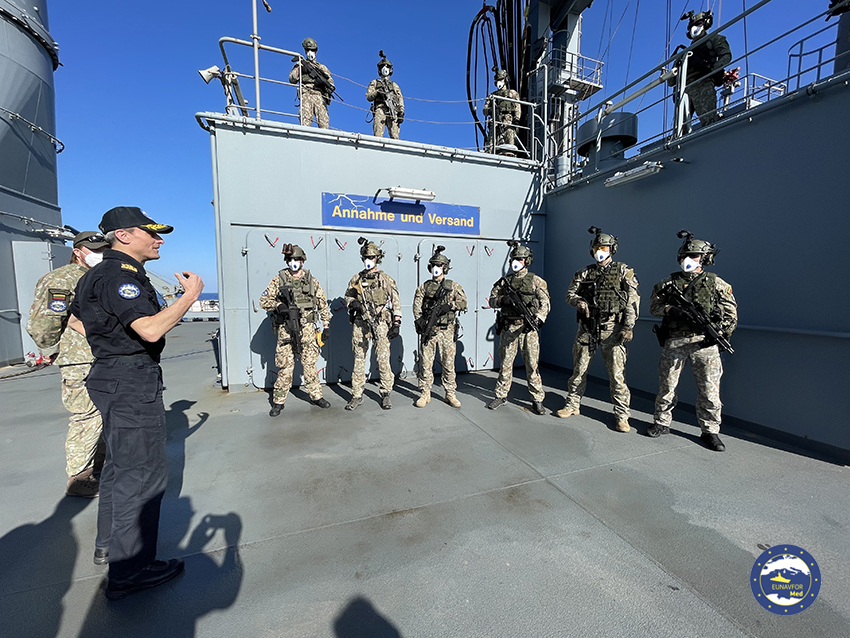