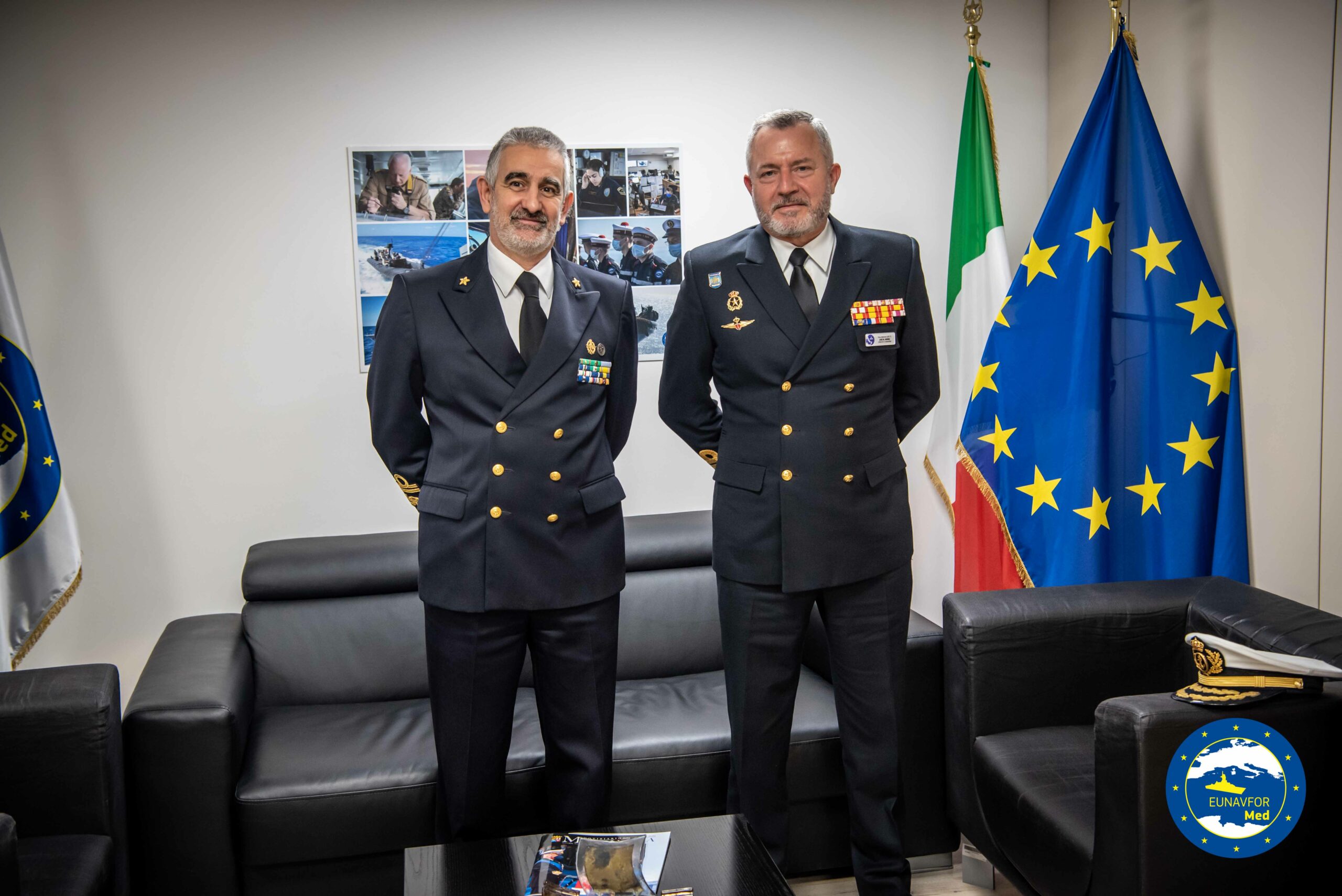 Vice Admiral José M. Núñez Torrente, EU NAVFOR – Somalia Atalanta Operation Commander, visited Operation IRINI OHQ in Rome and met Rear Admiral Stefano Turchetto, Eunavfor Med IRINI  Operation Commander. ATALANTA is the name given to the EU military operation, also known as European Union Naval Force Somalia (EU- NAVFOR-ATALANTA), a current military operation undertaken to prevent and combat acts of piracy off the coast of Somalia, in support of UN Security Council Resolutions Op Atalanta Somalia – launched on December the 8th 2008  plays a vital role in the EU’s Common Security and Defence Policy. It supports the federal government of Somalia in the combined effort for peace and stability in Somalia and in the Horn of Africa and the development and improvement of maritime security in the region. 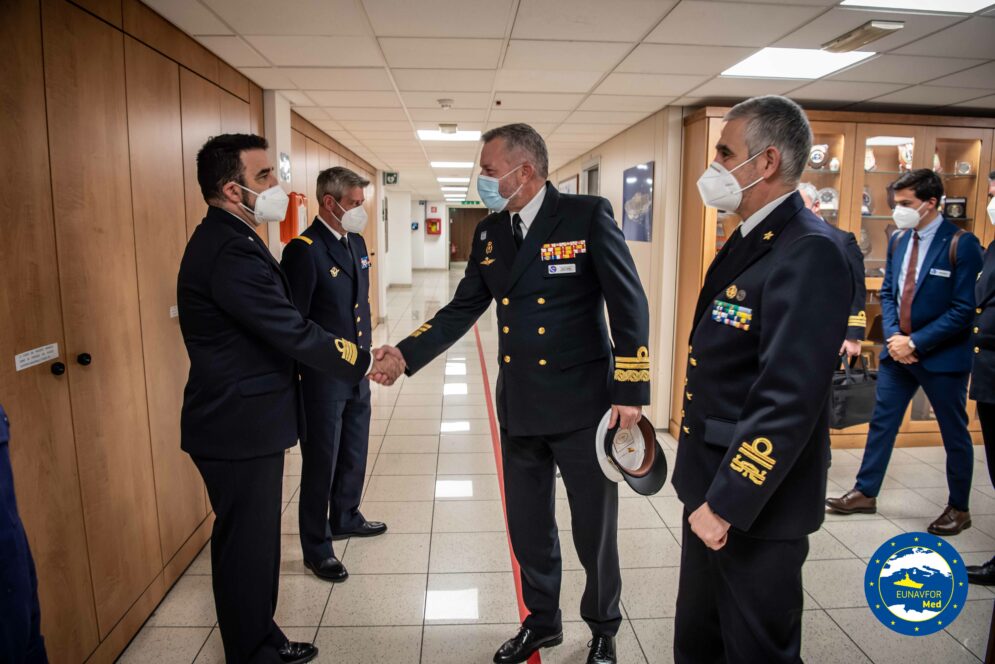 Both Operations – IRINI and Atalanta – although with different, contribute effectively in order to improve peace & security in their area of operation  within the context of  EU’s CSDP.  Vadm Núñez and Rear Admiral Turchetto had a fruitful meeting – sharing their views on European Maritime Security Operations and future challenges the two Operations will face. 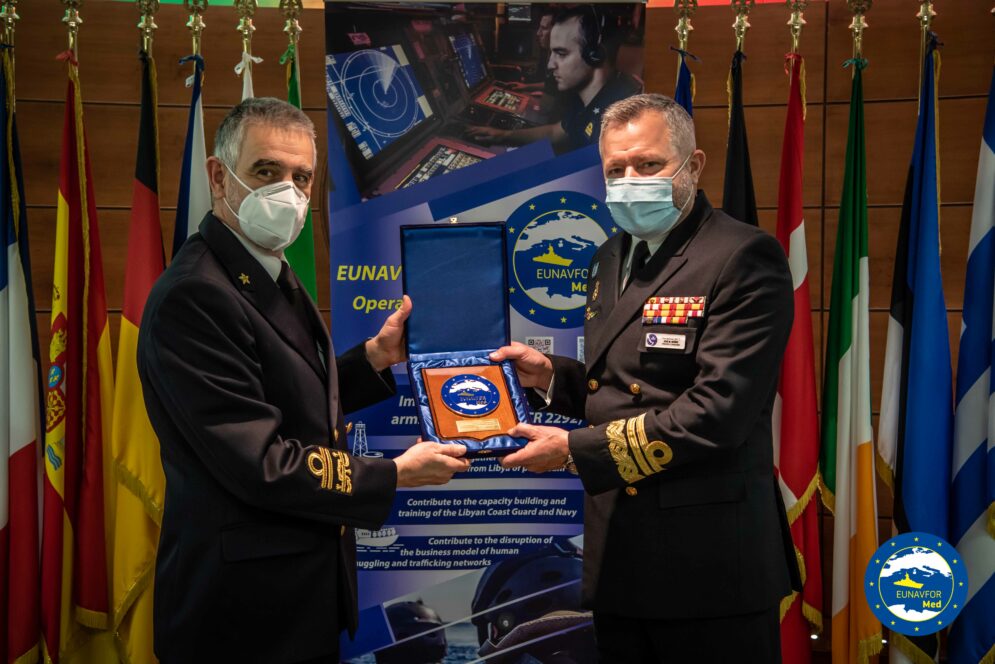 Vadm Núñez also visited the Joint Operation Centre, the operational heart of the headquarters, to see first-hand how IRINI is supporting the enforcement of the arms embargo on Libya, the prevention of illicit export of petroleum and the disruption of the business model of human smuggling and trafficking. 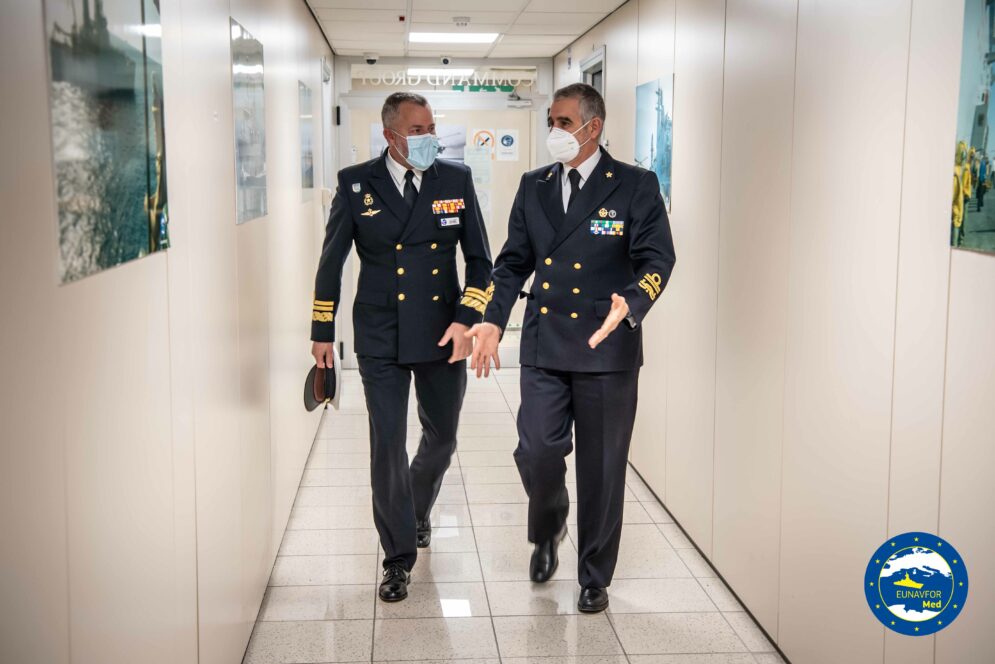 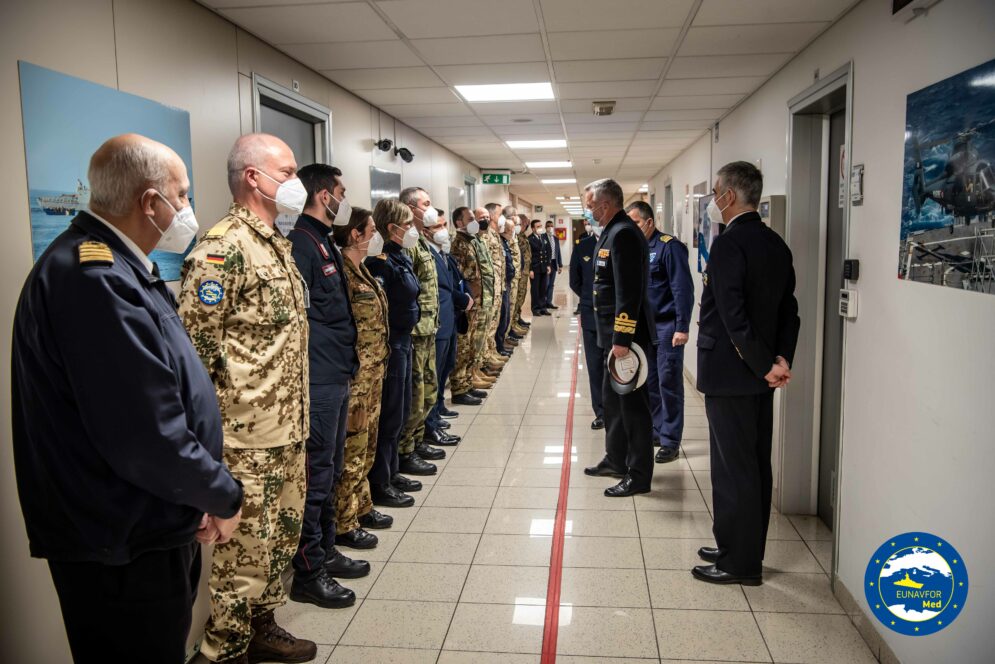 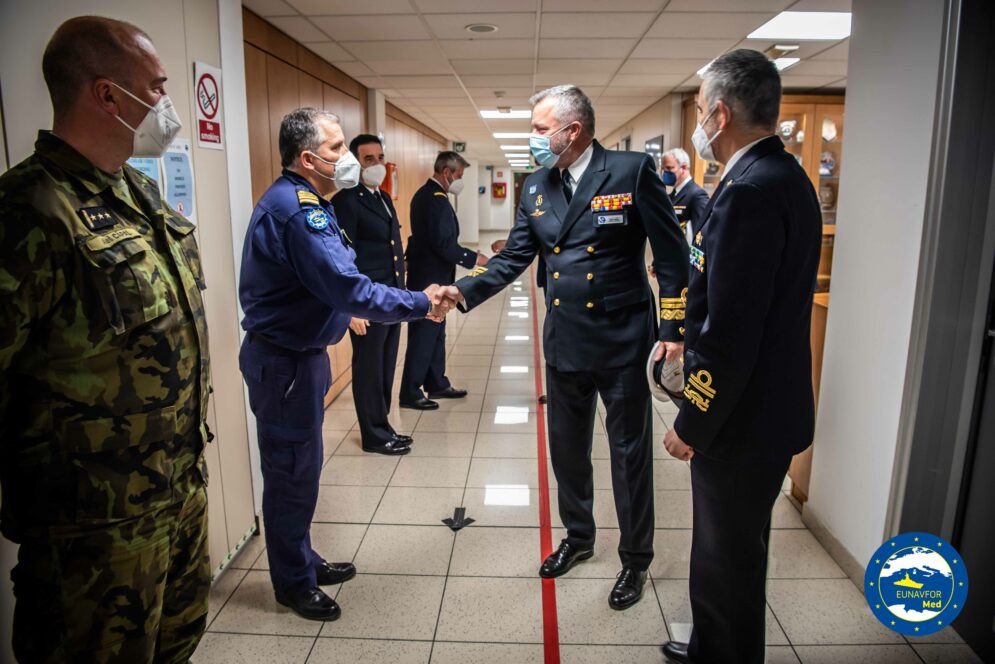