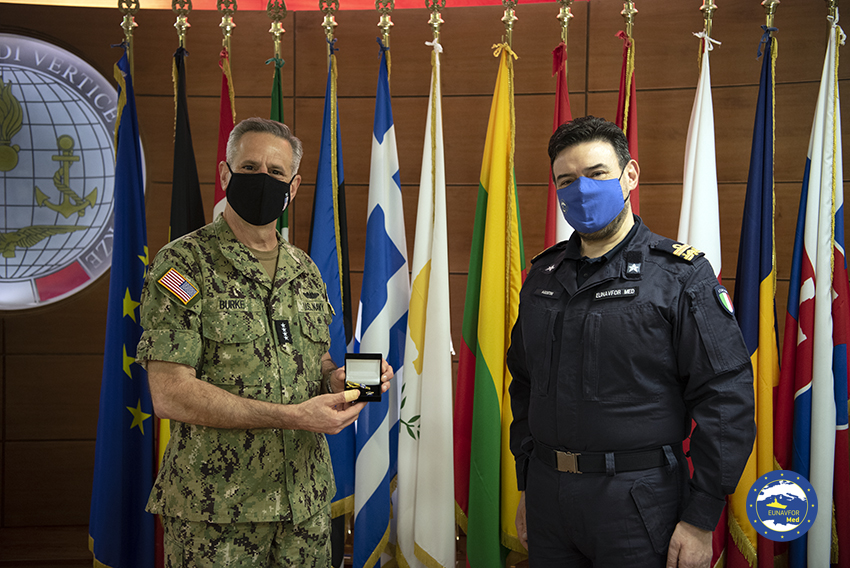 He was welcomed by IRINI’s Operation Commander, Rear Admiral Fabio Agostini, and his staff.

“Central Mediterranean security is in the interest of the European Union as well as NATO and US. All the necessary efforts should be put in place to enhance the cooperation and the exchange of information among all the actors engaged in this crucial area, with the common aim of bringing peace and stability to Libya”, said Admiral Agostini.

In return, Admiral Burke expressed sincere appreciation for the impartial results achieved by the Operation “in such a short time” and showed to be open to discuss how to bring forward the operational cooperation in the area. This year marks the 70th anniversary of NATO (North Atlantic Treaty Organization). 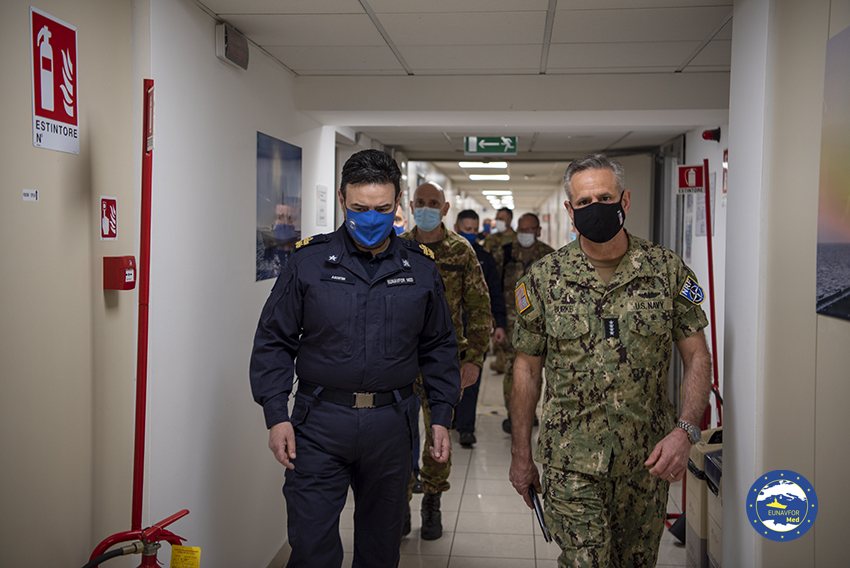 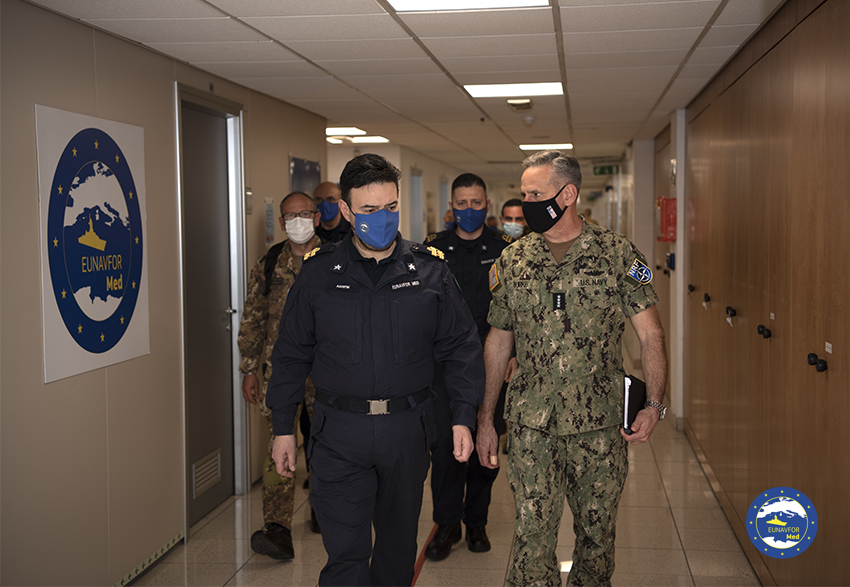 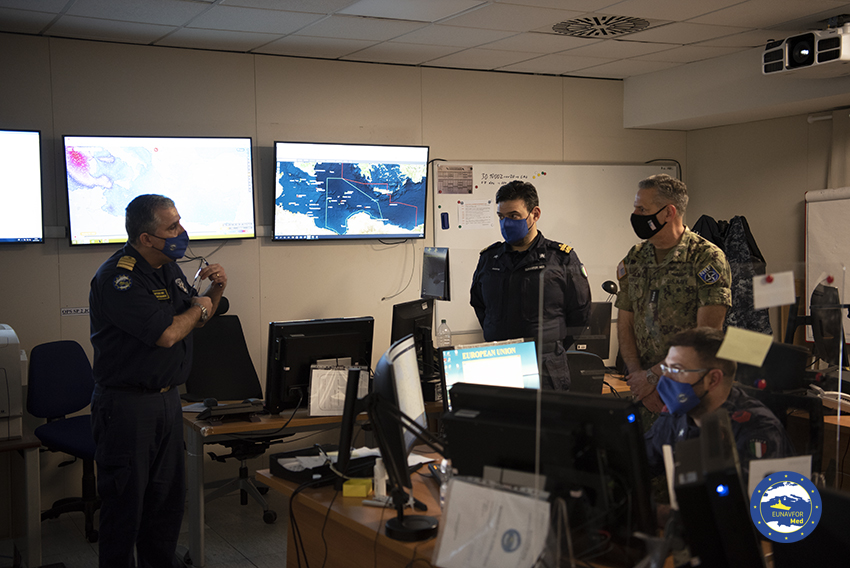 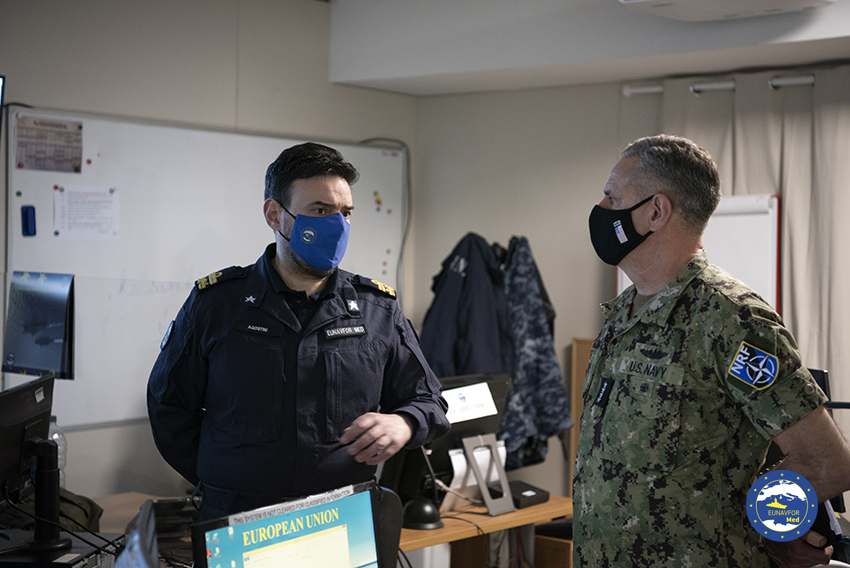 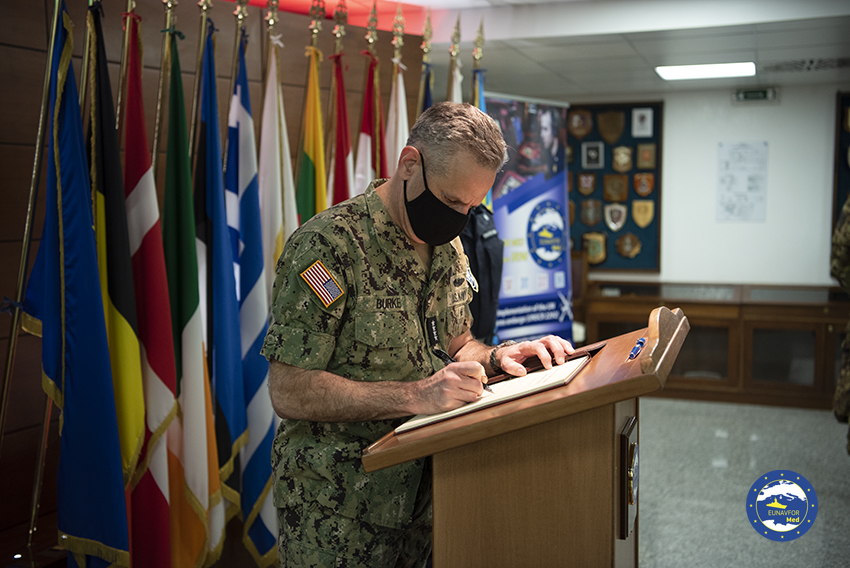 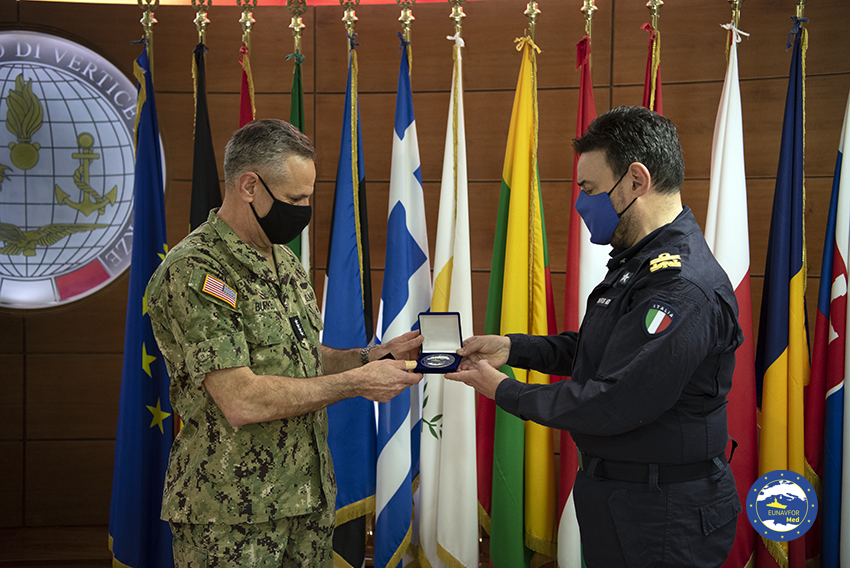